Angelina Jolie in Talks to Star in Marvel Studios’ ‘The Eternals’ 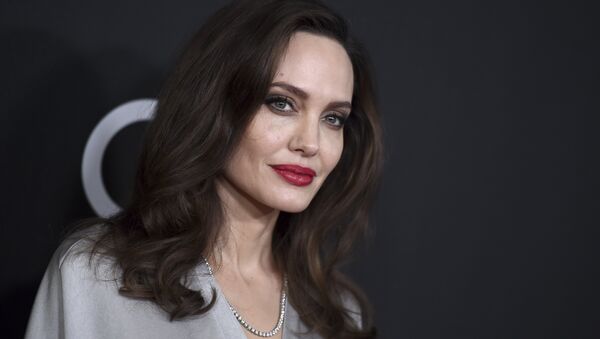 The 43-year-old actress is reportedly in negotiations for a role in “The Eternals".

Angelina Jolie may join the superhero-centered Marvel Universe in the upcoming movie "The Eternals", according to The Hollywood Reporter. The 43-year-old actress is said to be in talks about getting a role in yet another installment of the highly-successful movie series.

So far, it is unclear what role she will play, the report says. This will be the first Marvel movie for Jolie, albeit not the first comic book superhero one: she previously starred in 2008's "Wanted", based on the comic book series by Mark Millar, alongside James McAvoy.

The film studios has not yet made any official statements regarding "The Eternals", but it is understood that the movie has entered production because studio president Kevin Feige confirmed its development last April, The Guardian notes.

Oscar winner Angelina Jolie is reportedly "in talks" to join the cast of Marvel's The Eternals: https://t.co/ZRIeft5WfL pic.twitter.com/rWMVOduFEq

Time Not Ripe for Rohingyas to Return to Myanmar - Angelina Jolie
​The movie will be written by cousins Matthew and Ryan Firpo, and directed by Chloé Zhao, the maker of award-winning rodeo drama "The Rider".

Jolie is currently working on a sequel to Disney's "Maleficent", titled "Mistress of Evil" — a live action spin-off of the studio's 1959 animated classic "Sleeping Beauty".

Exclusive: Angelina Jolie is in talks to make her @Marvel debut with #TheEternals https://t.co/8H1ScDrJ4h pic.twitter.com/9Bh3ZpQnb3

​A Fox News report has also suggested the actress might be entering the political ring in the future.

"If you asked me 20 years ago, I would've laughed… I always say I'll go where I'm needed, I don't know if I'm fit for politics… but then I've also joked that I don't know if I have a skeleton left in my closet", she joked earlier in December.

Any argument about DC's New Gods movie and Marvel's The Eternals movie are invalid because they were both created by Jack Kirby.
Now shut up and enjoy the movies when they are released. pic.twitter.com/sKekRutd7b

​Jolie worked for the United Nations Refugee Agency (UNHCR) as a goodwill ambassador. Her experience with the UN has taught her how to work with other governments and foreign militaries, she said.

[Kirby Digital Archive] "The Eternals is a sincere comment on pre-history and a parable concerning our natural reactions to the ultimate crisis." #JackKirby 1976 – Original art covers to Eternals 9, 12, 18 and Annual 1. pic.twitter.com/4aCpwWzT4H