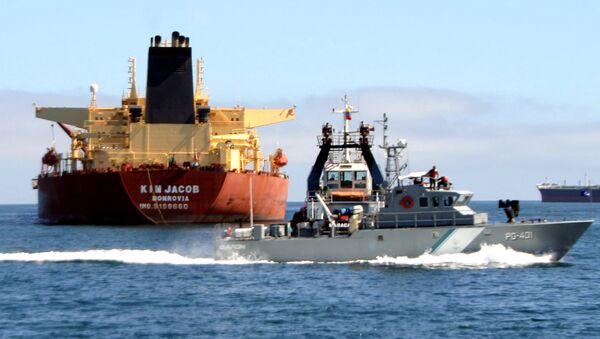 Previously, Bloomberg suggested that Caracas shipped 620,000 barrels a day to India in the first half of February, which is 66% more than the average daily shipments a month earlier

"We say you should not be helping this regime, you should be on the side of the Venezuelan people", Abrams told Reuter, adding that the White House had given the same message to other governments.

In response, Indian Ministry of External Affairs spokesman Raveesh Kumar stated that New Delhi would ignore US pressure and continue its trade with Venezuela.

PDVSA’s Subsidiary Seeking $1.2 Bln Loan Amid US Sanctions Against Venezuela
Addressing the political crisis in the Latin American country earlier in February, US National Security Adviser John Bolton had warned that "nations and firms that support Venezuelan President Nicolas Maduro's theft of Venezuelan resources will not be forgotten".

Washington introduced sanctions against Venezuelan state oil company PDVSA in January, blocking $7 billion in PDVSA assets and pressuring companies to cut ties with the firm until 11 March. The deadline, however, was later extended until 10 May.

The decision was made after opposition leader Juan Guaido declared himself the country's interim president. The United States immediately recognised him as head of Venezuela, with many of its allies following the suit; however, Russia, China, Mexico, Turkey and a number of other countries have supported Nicolas Maduro as Venezuela’s only legitimate president.