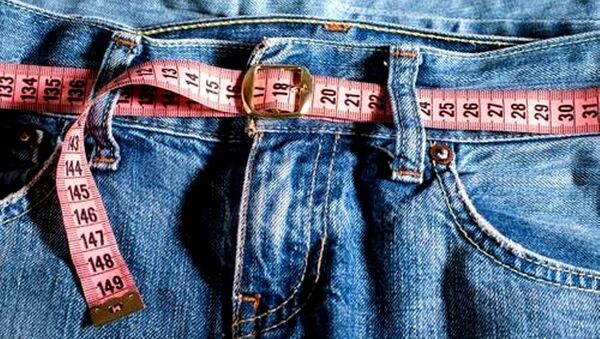 A German tourist was knocked off a yacht in rough conditions while sailing along New Zealand. Having no life-saving jacket in the near-death encounter, he reportedly remembered a trick that he saw some years ago and made a buoyancy aide, inflating his own jeans.

The near-death experience of Arne Murke from Germany has made headlines in New Zealand thanks to the quick thinking that saved his life. The 30-year-old was fished out by a helicopter after more than three hours in the ocean, where he managed to remain afloat thanks to an impromptu life-saving vest, made out of a pair of jeans.

The man was thrown off board as he and his brother were on a yacht that they were set to deliver to Brazil from Auckland in New Zealand. Arne was knocked off because of a loose mainsheet, with his arm tangled in a rope and without any life jacket. His brother tried to throw it at him, but the unfortunate tourist was already too far out.

"Luckily, I knew the trick with the jeans. Without the jeans I wouldn't be here today, they were really the thing that saved me… I saw it many years ago and I always thought if I ever go overboard without a life jacket I'm going to do that”, he recalled, coming up with an idea to transform the pants into a buoyancy aide using a Navy Seal trick.

According to his interview to the Herald on Sunday, the man took a deep breath, put off his jeans, made knots at the end of the legs and inflated them.

After he went out to ocean, a search operation was launched. As Murke said to the outlet, he saw helicopters really close to him two times, but they flew away before coming back for a third time and taking him out of the water.

The footage of the happy ending of the rescue operation was posted on Lowe Corporation Rescue Helicopter Service’s Facebook page.

The Gisborne Herald reported that Arne Murke was taken to a hospital with hypothermia, but left it the next morning. Meanwhile, the yacht was transported back to Gisborne and craned out of water. They are now docked in New Zealand because a marine pest was found on the boat.

Additionally, authorities are concerned about the yacht’s seaworthiness, the Gisborne Herald reports. Although his wit helped him to escape death at sea, it has not guaranteed the well-being of the brothers, as they told Deutsche Welle that they are completely broke.