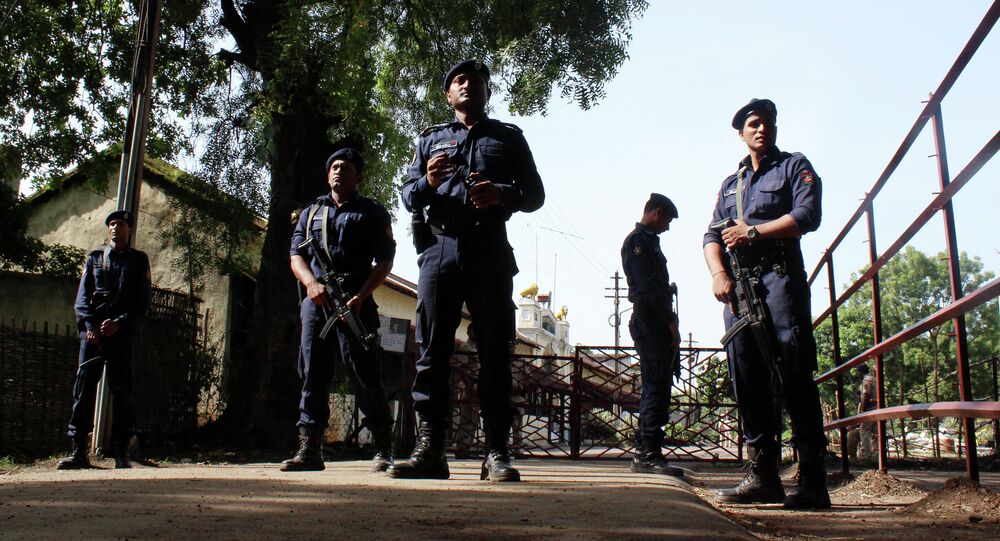 Police began investigations when they found several bags containing “everything needed for a sea journey” abandoned at Kochi harbour, in the south Indian state of Kerala. They suspect that these bags belonged to people who boarded a jam-packed fishing boat nine days ago.

New Delhi (Sputnik) — Kerala Police suspect that a boat carrying hundreds of humans have been used to smuggle people into New Zealand by sea. Investigations are still underway and some arrests have been made, reports The Indian Express newspaper.

© AP Photo / Gareth Fuller/PA via AP
On-the-Run Migrants Arrested in UK Woman's Yard After Illegal Channel Crossing
Police began investigations when they found abandoned bags containing dried fruits and "everything required for a sea journey" near Kochi harbour. They are of the opinion that the fishing boat used for human smuggling was so overcrowded that people had to leave stuff behind. The boat, according to the initial investigation, seems to have left the shores of India for New Zealand some nine days ago. They are not clear as to where the boat is right now and are not able to trace it, mainly because there hasn't been any radio contact, radar detection or any other sign of the boat's location.

The bags left behind contained clothes, IDs and other documents of some 230 people who abandoned their baggage as the boat was packed to capacity and beyond. Most of them hailed from New Delhi and Tamil Nadu. Some 19 people were left behind and did not board the boat, the media report added.

Kerala Police have arrested the owner of the boat. They have also arrested three others whom they suspect to be involved with the illegal migration racket.