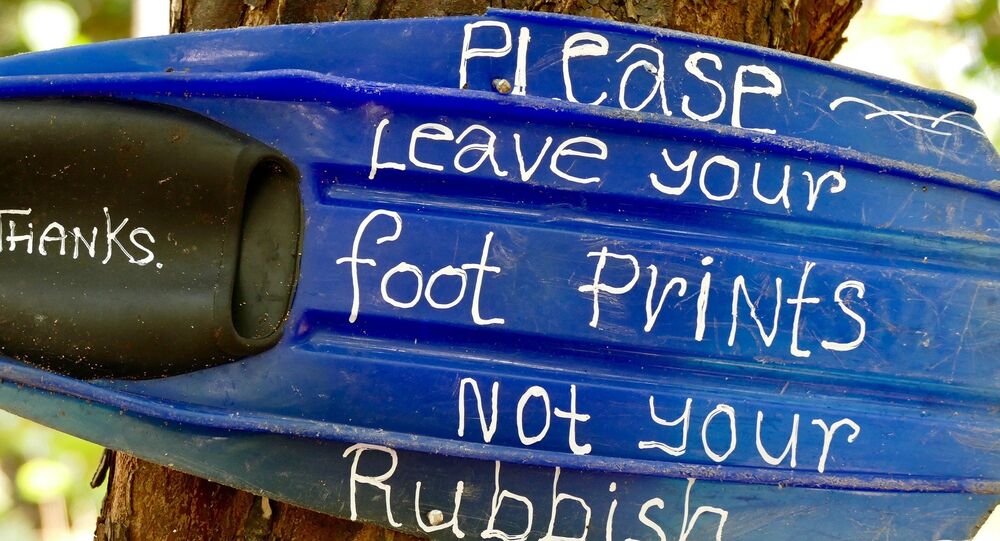 A group of young adults, reported to be intoxicated by a local woman, accompanied by two infants and a young boy, sent waves of fury through a community in Auckland, as they trashed Takapuna Beach and behaved inappropriately.

A video clip posted by Auckland resident Krista Curnow showed rubbish left by members of the British family visiting the beach as well as a young boy coming at Curnow in defence of his uncle — standing nearby and drinking beer — threatening to "knock her brains out."

In a Facebook post that went viral, Curnow described the afternoon at Takapuna Beach, where "this family packed up and left all their rubbish on the reserve — approximately 12 of them all drinking Coronas & Bundaberg with 2 babies and a young boy — all the adults appearing to be intoxicated."

"We approached the family to ask them if they can please not leave without picking up their rubbish, their response was basically if we have a problem then we can pick it up and that that's what the council is for. I approached the family to ask again if they could not disrespect our country while visiting and pick up their rubbish. They turned violent and even grandma and the child got involved saying they wanted to punch my head in," the New Zealander wrote.

One of the commentators to the post suggested that the "child is only doing what he has seen in his life time, it's the mum and dad that are the problem those kids are the ones who will suffer later for it."

"This makes me so mad….I think you did the right thing confronting them to pick up there rubbish," another user said in response to Curnow's post.

The town authorities have reacted angrily to the behaviour of the British group, as Auckland mayor spoke about the incident on a local radio show.

"These guys are trash. They are leeches. If you say one time 'I found a hair or an ant in my meal' you'd believe it but they find it every meal that they have as a way of evading payment. That's a criminal activity.They're worse than pigs and I'd like to see them out of the country," mayor Phil Goff said.

Thank you for standing up for our beaches and public spaces. Some people need reminding. https://t.co/pGYYv4Tr1h

A woman from the group was convicted on 16 January for stealing a Red Bull, sunglasses, and rope worth $37.41 from a petrol station.

The troublemakers from Britain have two weeks to make their case to immigration on why they should remain in New Zealand, no later than 28 days to appeal to the Immigration Protection Tribunal on humanitarian grounds.