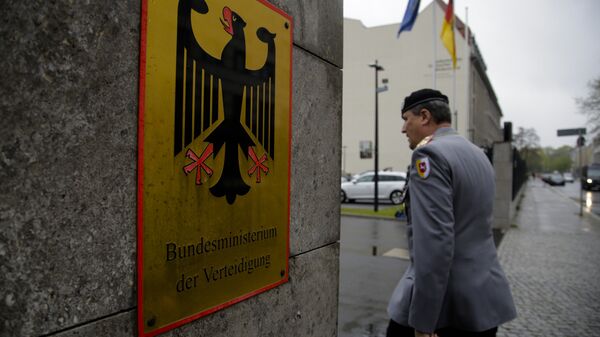 The former German defense minister's comments come as Europe moves toward a greater military and political independence from the United States.

Germany's former defense minister, Volker Rühe, criticized the current state of Bundeswehr, the German armed forces, calling it "weaker than ever before." Rühe called for a massive increase of troops and armament, saying that other nations should rely on Germany, according to a report by Junge Freiheit.

While the UK and France spend an estimated one third of their defense budget on the nuclear sector, Germany must "put the strongest conventional forces for the European defense — but we do not do that," Rühe told Deutschlandfunk radio.

Germany Mulls Return to Military Conscription as Bundeswehr Lacks Manpower
According to the 1990 Treaty on the Final Settlement with Respect to Germany — also known as "Two plus Four" — signed by the two Germanies, as well as the Soviet Union, France, the UK and the US, Berlin is permitted to have up to 370,000 troops.

Currently the nation has some 170,000 active-duty troops, according to reports.

"The European contribution [to defense] must rise," he said.

It is important that other European countries be able to rely on Germany, Rühe added.

"One must explain to Germans how important it is to have common security policy, with an appropriate German contribution," the former Minister said, cited by Deutschlandfunk.

World
NATO Members Contributing 2% of GDP ‘Insufficient’ for Proper Defense - Trump
Rühe reiterated his long-standing position that Germany must not tolerate nuclear missiles deployed on its soil — something that German Defense Minister Ursula von der Leyen did not rule out during a recent NATO meeting in Brussels.

"We have a very different historical situation than back in the 80s, which must never come back," Rühe said.

In late 2018, French and German leaders presented views on the future of the EU, with a focus on greater independence, as a response to US President Donald Trump's repeatedly-stated reluctance to pay the lion's share of NATO military contribution.