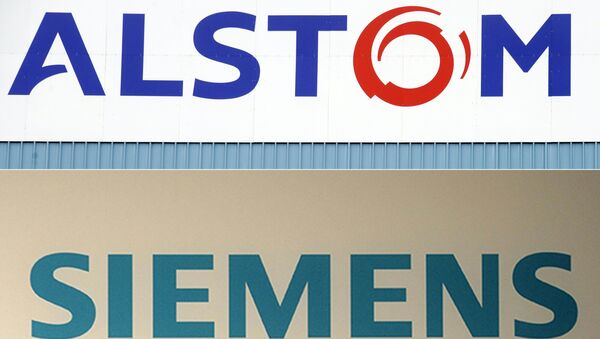 © AFP 2021
Subscribe
Last week the EU's powerful anti-trust sheriff, Margrethe Vestager, vetoed the merger of the railway businesses of Germany's Siemens and France's Alstom. Sputnik spoke to Nick Kingsley, managing editor of the Railway Gazette, about the consequences of the move.

The merger, announced in 2017, would have created an "Airbus for the railways" to face down a formidable Chinese rival, CCRC.

The deal, announced in 2017, had been hailed by the French and German governments as the best way to combat the Chinese and France's Finance Minister Bruno Le Maire reacted angrily to Ms. Vestager's decision, saying it "served China's economic interests."

Nick Kingsley, managing editor of the Railway Gazette, said it appeared Alstom and Siemens would not appeal against the decision.

"Siemens had already implied that it would look at other options for the future of its mobility business should the Commission reject the merger," Mr. Kingsley told Sputnik. 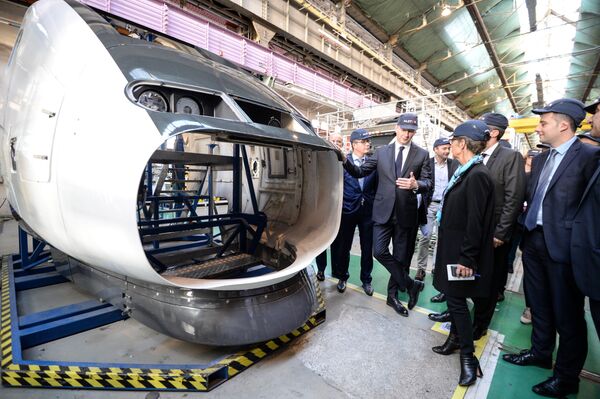 ​"Without sufficient remedies, this merger would have resulted in higher prices for the signalling systems that keep passengers safe and for the next generations of very high-speed trains," Vestager said, when explaining her reasons for rejecting the merger.

"Vestager is on solid ground here. Competition regulators from several countries including the UK and Australia let it be known that the merger would have serious implications for competition in signalling equipment, which is some of the most high value technology in the rail sector. Siemens also acquired Invensys, another large signalling supplier, in 2013, so I'm not surprised this was the stumbling block," Mr. Kingsley told Sputnik.

So how will the two companies react?

"I could imagine Siemens divesting the actual manufacture of trains to focus instead on signalling and related digital technology," Mr. Kingsley told Sputnik.

Alain Spohr, Managing Director, Alstom India and South Asia explains how self-sustainable mass urban transport system can be economically viable for both the government and as well as the investors. @RailMinIndia #Sustainability #AlstomIndia. Read More: https://t.co/x7IasGxCaR

They built locomotives mainly for the domestic Chinese market but Mr. Kingsley said companies like Alstom and Siemens have long feared CRRC would "eventually flex its muscles overseas."

@CRRC_global, the leading manufacturer of high speed rails in China, is taking its first steps abroad, exporting huge amounts of high speed trains to Belt and Road countries and paving the way for #Qingdao to integrate into a global high-end industrial value chain. pic.twitter.com/71dINqYZnr

​"In the past five years, CRRC has won several contracts to produce trains for the US passenger rail and mass transit sector, and is setting up a couple of local assembly plants in the US. However, it has not entered the European market to any meaningful degree. The most successful and fastest growing companies in rolling stock supply are arguably the Swiss firm Stadler and CAF of Spain, and there is an argument that those two have made hay while the traditional 'big three' of Alstom, Siemens and Bombardier have been busy talking up the Chinese threat," Mr. Kingsley told Sputnik.

"The geopoliticial concerns of the Trump administration about China will make it harder for CRRC to succeed in the US, while their relative lack of experience in complex technology like signalling means they won't be winning huge orders in Europe in the very near future. Where the European suppliers may have a point is in ‘third country' orders — Chinese funded infrastructure projects are common in Africa and parts of Asia, and contracts for trains that might once have been open to western bidders are now often won by China," Mr. Kingsley told Sputnik.

He said he thought Mr Le Maire was "exaggerating" how important the decision was for the Chinese but said it was "not impossible that he will be vindicated longer term." 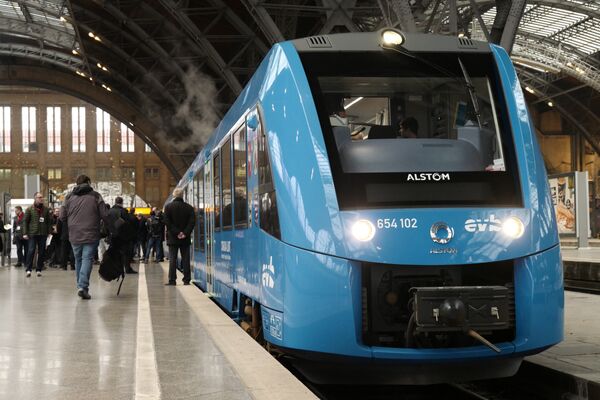 A hydrogen-powered train, built by Alstom, at Leipzig station in Germany
© AFP 2021

Mr Kingsley said Alstom and Siemens had both been shortlisted for the rolling stock contracts for Britain's upcoming HS2 route, while CRRC had not.

"Alstom has been winning orders recently from France (obviously) and the US for its next generation high speed train design, while Siemens has a very strong track record in the UK and must be a strong contender for HS2," Mr Kingsley told Sputnik.

We hope you have someone in your life you love as much as we love technology. Happy #Valentines Day! #Ingenuity for #love pic.twitter.com/hKiywpaeZ0

​He said governments were increasingly unwilling to take major construction projects forward in the current climate, as was shown by this week's decision to  scale back a $77 billion high speed rail project in California.

"Most high speed projects that survive will be part funded through overseas aid, making China a strong contender. Japan also works this way, and Shinkansen technology is stipulated for the first dedicated high speed line in India, which will link Mumbai with Ahmedabad," Mr Kingsley told Sputnik, who said China may also fund routes in Asia as part of its Belt and Road Initiative.