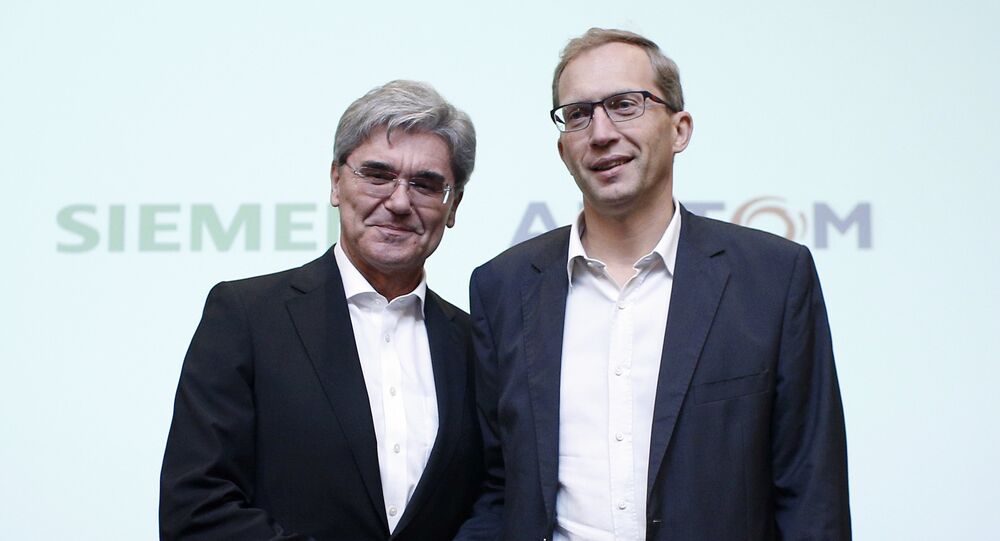 EU Commissioner for Competition Margrethe Vestager voiced her concerns about the effect this merger might have on the European rail industry on 16 January, with a number of national anti-trust watchdogs, including Germany's Federal Cartel Office, reportedly speaking out against the deal as well.

The European Commission has banned the Siemens and Alstom deal, which envisaged a merger of both companies' assets in the field of railway engineering, due to fears of competition in signalling systems and high-speed trains, the Commission said in a statement.

"The European Commission has prohibited Siemens' proposed acquisition of Alstom under the EU Merger Regulation. The merger would have harmed competition in markets for railway signalling systems and very high-speed trains. The parties did not offer remedies sufficient to address these concerns", the commission's statement read.

Siemens and Alstom, for their part, have expressed regret over the decision.

"Siemens and Alstom regret that the remedies they offered, including recent improvements, have been considered insufficient by the EU Commission. The remedies were extensive in scope and addressed all the concerns raised by the Commission with respect to signalling as well as very high-speed trains. In addition, a number of credible and well-established European players expressed strong interest in the remedy package, thereby fully confirming its viability", the Siemens' statement said.

The companies added that the acquisition would be beneficial for the industry in general.

"Siemens and Alstom are convinced that the transaction would have created substantial value for the global mobility sector, the European railway industry, customers, travellers and commuters, without harming European competition. It would have also allowed the creation of a European player having the ability to cope with the growing competition from non-EU companies", the statement read.

Siemens chief executive Joe Kaeser has also made a statement, after Brussels rejected months of arguments that the merger was needed to face down competition from Beijing-backed behemoth CRRC.

"Europe urgently needs structural reform… protecting customer interests locally must not mean that Europe cannot be on a level playing field with leading nations like China, the United States and others", he said.

Siemens and Alstom are both champions in the rail industry.
We prohibited their merger because the companies were not willing to address our serious competition concerns.

In January, French government spokesman Benjamin Grievaux stated that the EC's refusal to allow the deal to go ahead would be an economic and political error. He stressed that the European Union had to be able to set up its own businesses capable of competing with China's railway giant CRRC.

The companies announced the decision to merge their rail businesses in 2017, stating that the revenue of the new company is expected to amount to 15.3 billion euros ($18 billion).