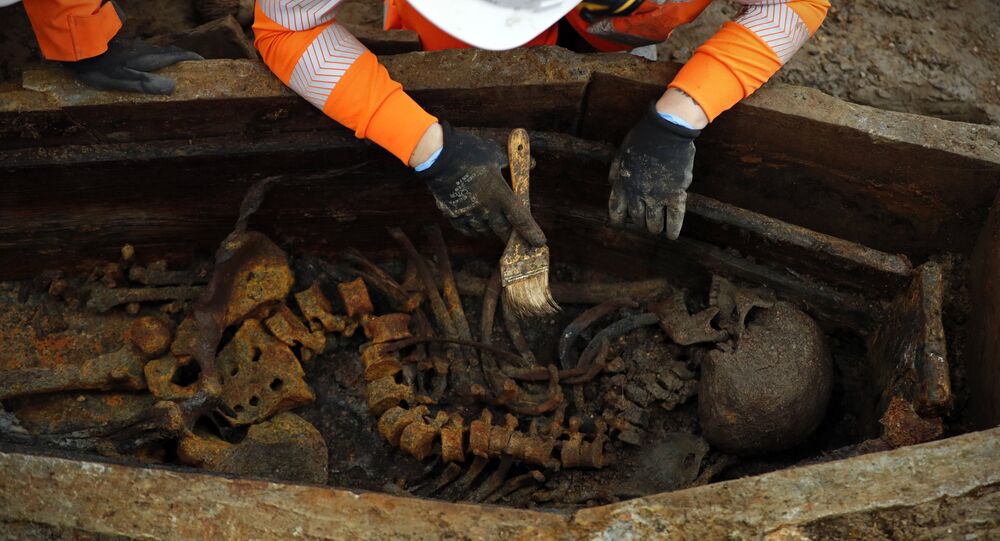 The examined location used to be a cemetery between 1788 and around 1853. Archaeologists found well-preserved graves, protected from water damage by clay, wooden coffins containing skeletons. One of them had a twisted spine and a full set of teeth.

In what was called "the biggest assemblage of skeletons from the 18th, 19th century" in Britain, scientists have discovered evidence of tuberculosis, traumatic injuries (including broken bones), proof of early dentistry (false teeth) and surgery including sawn skulls.

The excavation of the burial site, believed to have 40,000 bodies hidden in layers of ground, is part of the HS2 archaeology program.

Over 1000 archaeologists and experts will beaver away on the UK's biggest archaeological project @HS2ltd revealing over 10,000 years of British history. Read the full story here: https://t.co/Q4wVNdT2Fe #HS2digs #MOLAHeadland

The high-speed railway (HS2) under construction in the UK has employed over 1,000 archaeologists and other specialists across 60 sites along the 150 mile route.

"Exploring over 10,000 years of Britain's history the project is an unprecedented research opportunity," the HS2 program said.

The HS2 intercity railway is planned to link London, Birmingham, the East Midlands, Leeds and Manchester, with two phases of its construction to be completed by 2026 and 2033. The system is meant to "heal the north-south" economic divide in Britain.

However, HS2 critics claim the government has massively overspent on the project, which is also threatening 350 unique habitats and other environmentally sensitive areas in Britain.