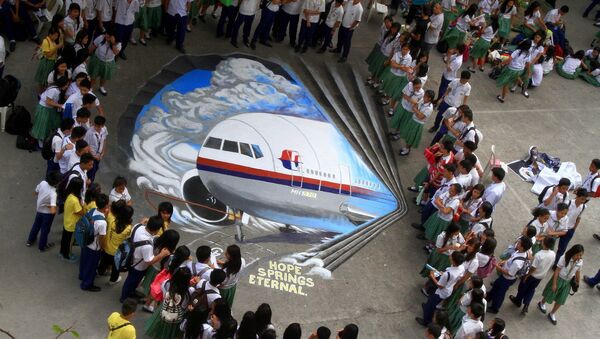 These coordinates point to a location in the Cambodian jungle, northwest of Phnom Penh, near Phnom Aural, the tallest peak in Cambodia. Photos indicate that the area is deep in the jungle with no visible signs of a crash.

“Please note my request is based on the existence of unidentifiable fragmented structures that match the size and shape of a large crashed aircraft at the attached site coordinates. The coordinates are within a geographical location that on three separate occasions Malaysia Air Operations claimed to be tracking MH370 after MH370 disappeared. And the unknown structures at the coordinates are located in a region of very dense jungle that is a minimum of 4km from the closest dirt road,” the investigator wrote.

Chang Guang Satellite Technology have previously investigated claims by other investigators, including an investigation of the site proposed by British video producer Ian Wilson, who drew attention to a location in the Cambodian jungle that he found via Google Maps, but later abandoned his ground expedition to the area. Satellites did not find any sign of wreckage.

Asia
Doomed MH370 Plane Was DOWNED to Prevent Repeat of 9/11, Writer Claims
Chang Guang office director Wei Shu said the photos and video taken showed 76 percent cloud cover, which made it very difficult for optical imaging satellites to observe what was on the ground. He also noted that it costs his company about 5 million yuan a day to task satellites away from their original missions.

Malaysia Airlines flight MH370 disappeared on 8 March, 2014 with 239 passengers and crew members onboard, on its way from Kuala Lumpur to Beijing, while moving from Malaysian to Vietnamese airspace. After four years of unsuccessful attempts to locate the airplane's remains, the Malaysian government conceded in May 2018 that they did not know what happened to the plane and abandoned their search efforts.