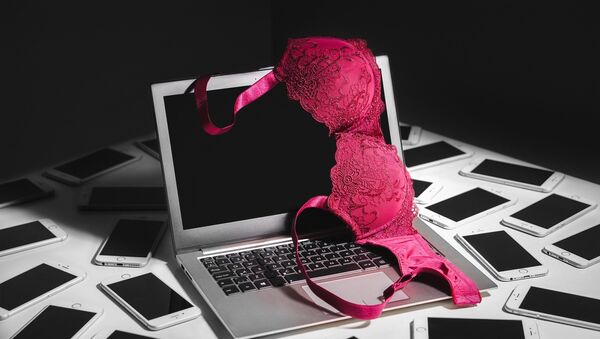 CC0 / /
Subscribe
With the advent of the Internet, prostitution has moved from the streets to the net. Now the sex trade is occupying ordinary dating apps, an investigative report by Swedish national broadcaster SVT has found.

Despite being forbidden by Tinder's own rules, sex trade is a common occurrence on one of the world's most popular dating apps, a Swedish journalistic investigation has found.

For the sake of investigation, the editorial staff responsible for the program Veckans brott ("Crime of the Week") started a fake Tinder account pretending to be a young woman in her 20s with a model-like appearance. The profile was complete with an alluring image of a woman's upper body in a tight dress.

The account was instantly overrun by offers from prospective sex buyers. When they added to the fake profile that they were looking for a "generous man", the offers began to pour in. In a matter of only three days, SVT journalists harvested 37 sex propositions before closing the account.

In another "field experiment", SVT pretended to be a middle-aged man who described himself as "generous". This time, an image of a bare torso was used as a profile picture. Although propositions from women who wanted to sell sex were fewer, the fake account still received ample offers.

Tinder is clear that sex trade via the app is strictly prohibited. Users are encouraged to report suspicious accounts themselves, which later will be shut down by the company. Sweden's prostitution laws criminalise the procurement of sex. The incidence of sex trade on dating apps is a new phenomenon to the police.

"The most worrying thing is that the sex buyers have become much more aggressive and step out into a world where people are dating in the usual way", Simon Häggström, a criminal inspector at the National Operational Department, a police branch combatting human trafficking, told SVT.

According to him, this form of prostitution is also much more difficult to detect.

"On ordinary sex sites, we can read the price straight up. Half an hour for SEK 1,500 [$166], everything is clear. On Tinder, prostitution is drowned by people who are just out to find a real date", Simon Häggström explained, citing the large number of users that makes it next to impossible for the police to react to.

Häggström conceded that prostitution has had a "breakthrough" on dating apps, which demands police action.

"At the same time, we must be honest and say that based on how many we are, we are not enough and cannot be everywhere", Häggström admitted.

A Tinder spokesman stressed that all forms of sex trade are a violation of the dating app's terms of use, which is why users are required to report such accounts, should they appear in their flow.

Sweden's prostitution laws, which entered force in 1999, make it illegal to buy sex and operate a brothel. By contrast, selling sex isn't criminalised, as in such a heavily-gendered matter as prostitution, women are seen as victims. Since then, the "Swedish model" has been exported to a number of nations, including Norway, Iceland, Canada, and Ireland.

As of late 2018, Tinder had over 4.1 million paid subscribers worldwide.