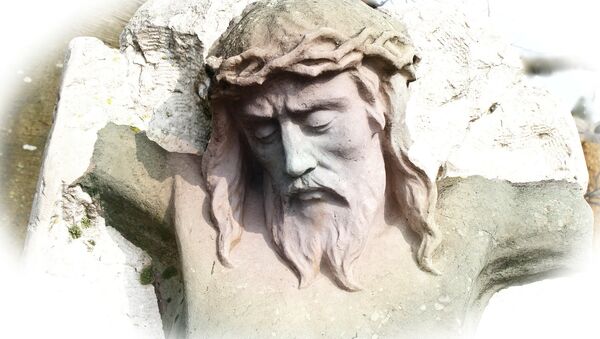 A Christian man who wanted to hail Jesus Christ with his number plate has been denied this opportunity by the Swedish Transport Agency, which admittedly bans all customised number plates that have to do with religion.

Cesar Kisangani Makombe from Frölunda wanted "Christ" on his number plate but was turned down by the Transport Agency. "The sign combination you requested can be perceived as offensive", the authority wrote in its decision, according to the news portal Göteborg Direkt.

"All Western countries say they are Christian. In Sweden, there are many churches and we even have a cross on the national flag. But when you want to show that you are a Christian, they say no because it is offensive. I don't understand that", a frustrated Cesar Kisangani Makombe told Göteborg Direct.

According to Swedish Transport Agency press officer Mikael Andersson, it is the religious connection that is problematic.

"We deny any words that we believe can cause offence. Among other things, we say no to everything that has religious insinuations, no matter what it is. It is a consistent opinion from our side", Mikael Andersson told the news outlet.

Cesar Kisangani Makombe also tried a "Jesus" license plate, but that option had already been blocked. On the Swedish Transport Agency's web-service, "Christ" is now blocked alongside "God" and other similarly-themed words, the news outlet Nyheter Idag reported.

"As a Christian, we shouldn't wage a war with the powers that be, instead we have to pray for them", Cesar Kisangani Makombe said humbly.

Christianity was been the dominant religion of virtually all of the Swedish population from the Middle Ages to the mid-20th century, but has rapidly declined over the past decades. Since 1951, freedom of religion has been enshrined in Swedish law. As of 2017, only 59.3 percent of the Swedish population were registered with the official Church of Sweden, with the percentage decreasing annually by over a percertage point.