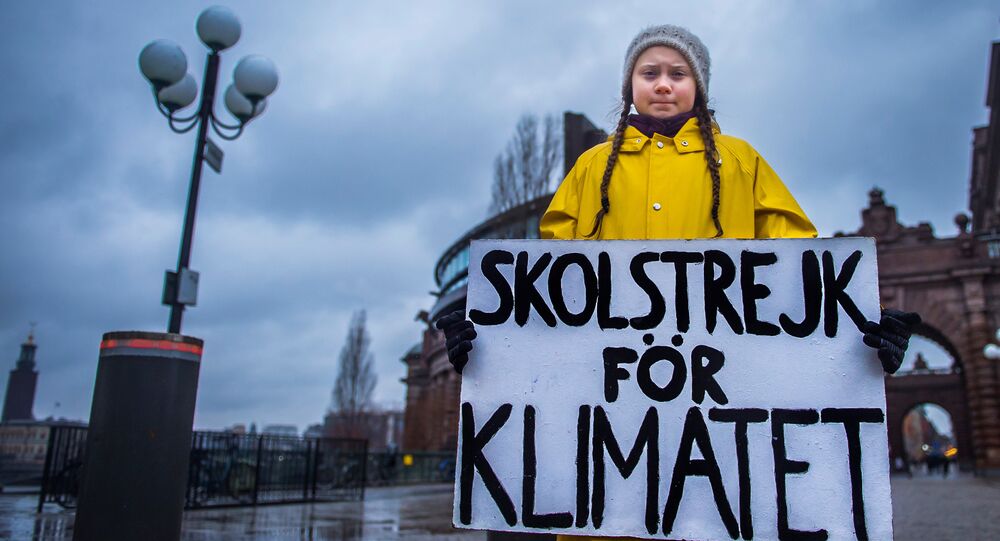 Teenage climate activist Greta Thunberg has had the distinction of being proclaimed the Messiah's successor by none other than Swedish Church, which has made many of her compatriots see red.

The unconventional Twitter habits of Limhamn Church in Skåne County has once again put it into the spotlight, prompting allegations of blasphemy.

This time, the Church, whose previous tweets included highly unbiblical words like 'pussy' and tirades against the re-militarisation of Gotland Island, appointed 15-year-old climate activist Greta Thunberg in a Christmas tweet.

'Announcement! Jesus of Nazareth has now appointed a successor, namely Greta Thunberg', Limhamn Church tweeted to later add that Thunberg, who rose to international fame for her habit of missing classes in order to protest against climate change outside the Swedish parliament, is a 'great model for all of us'.

​The unorthodox ways of the Church have prompted an array of strong reactions among members of the congregation and ordinary Swedes alike.

While some ironically noted that this indeed was a 'heavy burden' for the poor girl to carry, others were less supportive.

'You're mocking Christianity. I'm leaving the Church of Sweden tomorrow', one angry bluntly voiced his discontent.

'Christianity says: give to Caesar what is Caesar's, and to God what is God's. When you mix religion and politics in this way, it's clear that the Church of Sweden is no longer for Christianity', Jesper Lindstén tweeted. He also added that exactly this sort of interference has given us crusades, witch trials, pogroms, abortion bans, etc.

'No. She's totally not. She is an uneducated, indoctrinated child, greatly misused by her parents. You should really understand it better before putting more wood to this fire. Have you completely lost your judgement?' Nina Möller tweeted.

Many users subscribed to this opinion, venturing that Thunberg was 'cynically exploited by adults' and is used as a 'battering ram' in the climate debate.

'I am still a member of the Swedish Church and can guarantee you that she cannot be considered a role model. It's a screwed adult world that pushes the girl to the forefront. Tragic in many ways!' Lasse Bredberg tweeted.

On the other hand, many Swedes expressed their support for Thunberg's 'brave' standpoint, lauding the Church for its commitment.

Charlotte Frycklund, a priest working with social media in the Church of Sweden, pointed out that humour is an 'important spiritual tool'.

'Humour is something the Church should use, without hurting anyone', Frycklund told natinal broadcaster SVT, recalling an instance when the Church of Sweden came under fire for tweeting about Taco Friday. Still, she called the social media an 'exciting new ground'.

​Greta Thunberg is a Swedish climate activist, known for her strikes outside the Riksdag in Stockholm under the slogan 'School Strike for the climate'. By her own admission, she made this decision following unprecedented forest fires that hit Sweden amid this past summer's heatwave. She is the daughter of Swedish opera singer Malena Ernman and actor Svante Thunberg. She has been diagnosed with Asperger's. Her strikes gained worldwide attention, with similar protests organised in countries like Holland, Germany, Finland, Denmark, and Australia.