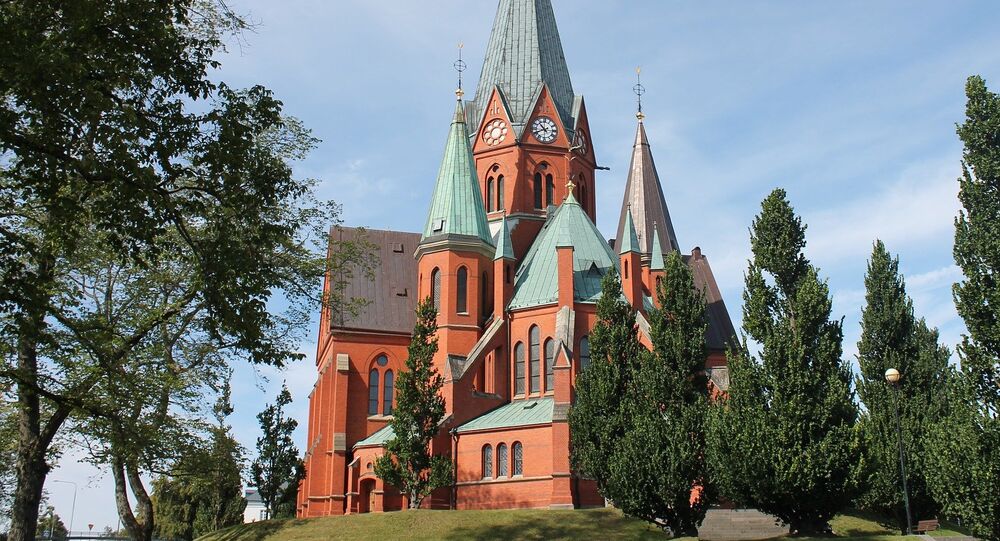 The drop in the number of baptisms is seen as part of the overall trend of Swedes leaving the church; immigration hasn't reversed this trend, as most hail from non-Christian countries.

"In 2000, 73 percent of the newborn Swedes were baptized, but afterwards the figure has been steadily creeping down. In 2010, we had just over half of the newborn children baptized, and now we are down to just over 42 percent," Church of Sweden analyst manager Pernilla Jonsson told Sweden's Radio.

In Stockholm County, only 32 percent of newborns children were baptized, which is the smallest percentage in the country. On the other end the scale is Norrbotten County in northernmost Sweden, where 62 percent of the newborns were baptized.

According to Johnsson, demographic changes resulting from mass immigration are one of the main reasons for the shift.

READ MORE: More Than Half a Million Foreign Citizens Entitled to Vote in Sweden

"This is mainly due to demographic changes, as a larger proportion of children are born to foreign-born parents who are not members of the Church of Sweden, and may not be connected to the Church of Sweden in any way, which is why it is only natural for them not to baptize their child," Pernilla Jonsson explained.

However, waning religiosity among ethnic Swedes may be another reason, as the steady decline in the number of baptisms has been dwarfed by the decline in confirmations, as only 27 percent of 15-year-old Swedes undergo confirmation.

According to fresh figures from Statistics Sweden (SCB), published earlier this week, almost 25 percent of the Nordic nation's population of 10 million had a foreign background, which is a record high and an increase of 14 percent compared with 2016. In three municipalities (Botkyrka, Södertälje and Haparanda) ethnic Swedes are now officially a minority, with Botkyrka leading the nation with 58 percent of inhabitants having foreign background.

After several immigration waves from Finland in the 1960s and 1970s, and the Balkans in the 1990s, Sweden saw a spike in asylum seekers from predominantly Muslim countries in the Middle East and Northern Africa in the past two decades, peaking at a record 163,000 in 2015.

To reflect the population change, the Laholm Pastorate is now seeking permission to hold Muslim funerals at the Skummeslövs Church, which is one of the oldest in the region and dates back to the 1100s.

"We are obliged to take care of the funeral activities of all citizens in Sweden," Laholm pastorate priest Anders Knutsson said, as quoted by the daily newspaper Expressen.