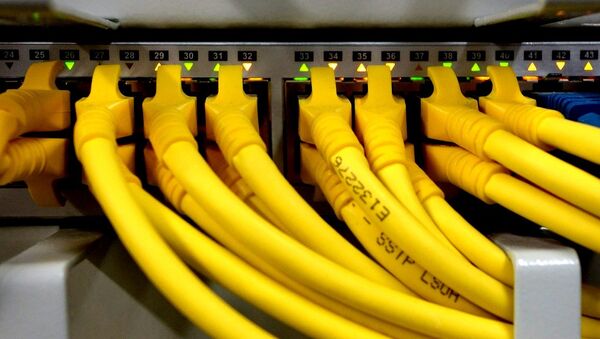 © Photo : Pixabay
Subscribe
A former Trump administration official has painted a terrifying picture of China using mobile networks to call down an apocalypse in the event that Beijing develops its own global 5G network.

According to the former Air Force Brigadier General, China will introduce mass surveillance and widespread control if it is allowed to dominate 5G networks linking billions of Internet of Things (IoT)-connected devices.

India Believes West is Not Altruistic About China's Huawei - Official
Once China controls the manufacture and retail markets for IoT devices, Spalding claimed, Beijing will be able "to weaponize cities," cited by Fortune.com.

"Think of self-driving cars that suddenly mow down unsuspecting pedestrians. Think of drones that fly into the intakes of airliners," the career soldier declared.

"The more connected we are, and 5G will make us the most connected by far, the more vulnerable we become," Spalding added.

It was undisclosed by Spalding in his memeo exactly how would China could accomplish its world domination of the IoT, as 5G standards are shared globally for device compatibility, similar to the means in which a person can easily find information on earlier generations of wireless networks online.

Spalding's opinion that China's aspirations must be countered by a proprietary secure US-only 5G network, would see a technology to monitor network devices built in to the network itself, complete with the ability to "isolate [an Iot device] from the adversary if they become infected."

Spalding did not lay out a government role in a future network, but asserted that it could be built by a company "with access to enough airwaves," according to a Bloomberg report.

In the end, any US 5G network must "push ZTE and Huawei out of other democracies," Spaulding remarked, cited by the South China Morning Post (SCMP).

Trump May Ban US Firms From Cooperating With Huawei, ZTE in January – Report
Huawei and ZTE are two Chinese companies accused by the US of working on behalf of the Chinese government — allegations that the firms deny.

Contacted by Bloomberg, Spalding — who is not known to be linked with any Beltway telecommunications lobbying firm — affirmed that he wrote the memo, adding that it has been circulated to several national security professionals he refused to identify.

Spalding offered a similar plan last year which was leaked to the press, causing protests by tech companies and Republican lawmakers, who said Spalding's vision could diminish the role of private companies.

The fifth-generation wireless network — known popularly as 5G — is a wireless telecommunications standard in development by commercial providers aiming to make connections 10-100 times faster than current 4G service. The network is expected to be fast enough to support autonomous vehicles, smart appliances and even surgical robots.

000000
Popular comments
This Means The Western Empire (North-America & Western-Europe) Is Already Theorizing How They Will Weaponize 5G!