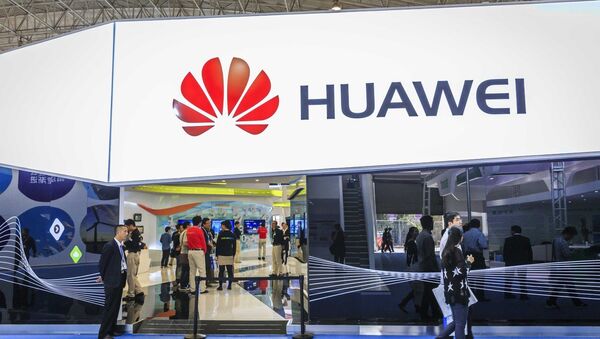 Amid spying concerns in the West with regard to the operations of Chinese telecom giant Huawei, the company has been allowed by India to participate in its 5G trials.

Amid a raging war by the US against Huawei over espionage allegations, India has firmly put its foot behind the Chinese telecom giant and said that western countries are not exactly altruistic in their decision.

According to Reuters, Huawei is likely to face a complete ban in the US as the Trump administration is considering an order to declare a national emergency as early as in January against using Chinese equipment by US firms.

READ MORE: Trump May Ban US Firms From Cooperating With Huawei, ZTE in January – Report

A top official in the Ministry of External Affairs told Sputnik on the condition of anonymity that India will not ban Huawei from participating in the 5G trials in the country.

"We have to weigh the situation. The West is not exactly altruistic. At this stage, Huawei is a legal entity. Rest, the concerned department will look into it", a top official of India's Ministry of External Affairs told Sputnik.

India's 5G Invitation to Huawei May Signal Turn in Bilateral Economic Ties
The US, Australia, and some other countries have long been complaining that Huawei is tightly controlled by the Chinese government and that it could be using Huawei equipment for backdoor spying.

Nevertheless, the Indian government invited Huawei to take part in 5G trials earlier this month. Another official said that most European firms source their supplies, especially chips, from China.

"So far, we don't really have a case against the Chinese equipment makers", the official said.

READ MORE: 5G Technology Arms Race Between US and China is the Real Deal – Security Expert

"In the UK, the government had set up a test centre, and we had put original source code in that centre for full screening and testing. In 2010, there were security concerns in India, and we had given a commitment to the Indian government to put our source code. We were the only one to do that. We are ready to do that now", Jay Chen, Huawei chief executive officer in India said.