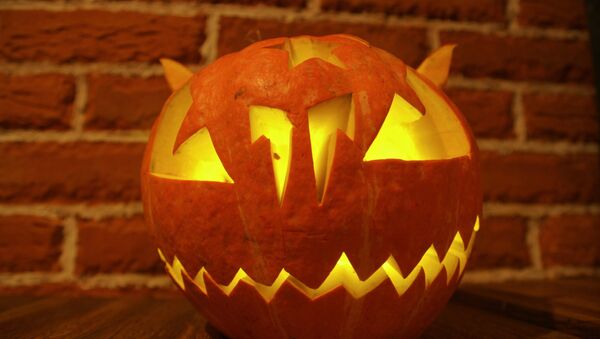 © Sputnik / Petr Chernov
/
Go to the photo bank
Subscribe
While most youngsters associate Halloween with scary masks, costumes and lots of candy, Braylen Carwell got much more than he bargained for this year: neither trick nor a treat, but hospital treatment for a meth overdose.

A five-year-old boy has reportedly tested positive for methamphetamine after going trick-or-treating for Halloween.

Carwell, a native of Ohio, had a seizure after returning home from collecting sweets on Halloween. According to WBNS-TV, the boy was also unable to move both his arms and legs, at which point he was rushed to hospital by his parents.

READ MORE: 'In Time for Halloween': Twitter Loses It as Hillary Clinton Hints at 2020 Run

Little Braylen told WBNS news that, "I was putting my socks on and then I started to shiver. And then I couldn't move my arm or my fingers. Until I got to the doctor's and I was sitting for a little bit and then I could move my hand but not my fingers."

Initially, both Braylen's parents and doctors were clueless as to what had happened. The doctors quickly ran the necessary tests on only to discover that he tested positive for methamphetamine.

Subsequently, the bag of sweets the boy had collected from trick-or-treating was sent to a laboratory for testing.

READ MORE: US Man Under Fire for Dressing 5-Year-Old Son as Hitler for Halloween

Braylen's mother, Julia Pence, as well as his father are both reportedly recovering drug addicts. Miss Pence has blamed the sweets Braylen collected when out trick-or-treating, and has insisted that neither she nor her husband had anything to do with the incident.

Miss Pence added that she is aware that some people may be suspicious of her, but insisted she is not hiding anything: "I'm not covering up the truth. I'm just speaking the truth of what happened to my son, yesterday. Nobody in my family or [Braylen's] dad's family would drug my children. It's your duty to protect your children from everything. You can't protect them from everything. You just have to be aware and do the best that you can," Ms Pence said.

After spending seven hours in hospital, the boy was discharged and sent home.

This is not the first time that unsuspecting children out innocently trick-or-treating on Halloween have come into contact with drugs. In 2012, a man was reportedly arrested in the English town of Oldham after he gave a group of children two bags of cocaine mixed in with a larger bag of sweets. The man, identified as Donald Green, 23, was given a 12-month community service order as punishment.