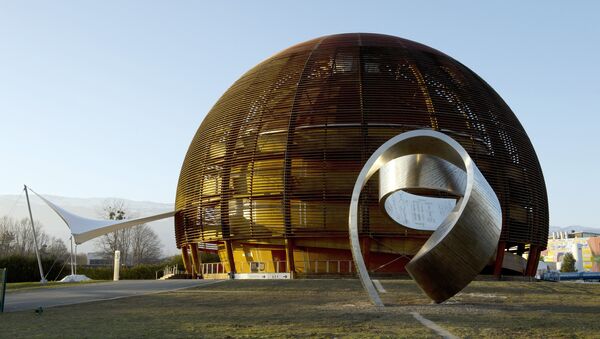 A letter denouncing a talk made last week in Switzerland by Italian physicist Alessandro Strumia during a CERN workshop on women in the field of high energy physics has been signed by over 200 physicists - including Nobel Prize winner David Gross - and some 900 academics from other fields.

"Physics and science are part of the shared inheritance of all people, as much as art, music, and literature, and we should strive to ensure that everyone has a fair opportunity to become a scientist. The question of discrimination based on ascribed identity is a moral one, and we write to affirm that discrimination is not a welcome feature of our field, however pervasive it may be….. The thin veneer of scientific rigor with which Strumia's talk began was followed by open discrimination and personal attacks, which we condemn unconditionally."

The authors of the protest letter pointed out that Strumia gave a ‘pseudoscientific' talk at CERN attempting to prove that male particle physicists are the real victims of gender discrimination in the modern scientific research community.

His audience, primarily young people attending the CERN event focusing on discriminatory issues faced by women who study and research high energy physics, did not accept or agree with Strumia's claims.

"[We] write to strongly express our view that the science case presented by Strumia was fundamentally unsound.​ It is clear to all of us that Strumia is not an expert on these topics and is misusing his physics credentials to put himself forward as one. Furthermore, those among us who are familiar with the relevant literature know that Strumia's conclusions are in stark disagreement with those of experts. He frequently made the basic error of conflating correlation with causation, and while Strumia claimed to be proving that there is no discrimination against women, his arguments were rooted in a circumscribed, biased reading of the data available, to the point of promoting a perspective that is biased against women."

Initiated by MIT physics professor Daniel Harlow, the letter responds to various claims made by the Italian scientist, addressing and refuting them point-by-point, according to Gizmodo.com.

"He won't be able to get away with doing those kinds of things," noted University of New Hampshire physics professor Chanda Prescod-Weinstein, one of the authors of the letter.

"I think it's really important for us to say what our values as a community are, and to be in disagreement with the values that he put forward in his talk," Prescod-Weinstein observed, cited by Gizmodo.

"It's about letting the young, and particularly the young women and women of color who are particularly underrepresented in the field, know that there are many of us who don't think the way that he does," she added.

Strumia's talk, originally described to CERN staff as about gender statistics documented in physics publications, instead became an anti-diversity rant claiming "(cultural) Marxism," against the men who invented modern physics.

The Italian scientist's screed became personal after he declared to the audience that women are only welcomed into the male-dominated field if they prove themselves worthy and complained that he himself was a victim of gender-based hiring committee bias.

University of California, Irvine, physicist Seyda Ipek, found that Strumia's presentation was way off base.

"He's using his role as a scientist to make people believe that [his presentation] was scientific, which it is not," Ipek observed.

An integral element of Strumia's convictions involved a debunked idea that women physicists are cited less because women are worse at physics.

His assertion flies in the face of existing research detailing that gender-based citation inequality is primarily the result of men citing themselves more frequently and less access to experiments for women, as well as a lack of female journal editors and reviewers, according to deep research by Gizmodo.

The letter took on Strumia's tiresome gender bias and turned it on its head.

"Belittling the ability and legitimacy of scientists of color and white women scientists using such flimsy pretexts is disgraceful," the letter noted, adding that "it reveals a deep contempt for more than half of humanity that clearly comes from some source other than scientific logic."