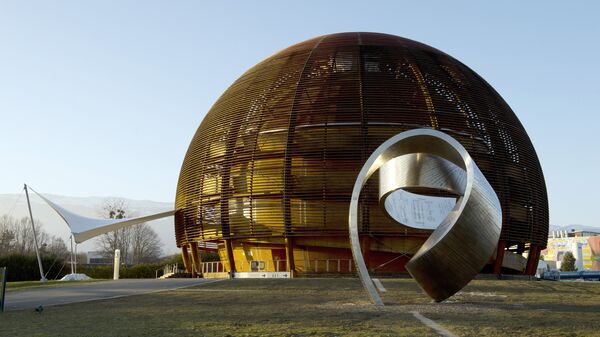 The US, Japan, India, and Russia have observer status in the organization. In 2010, CERN started offering non-European countries the right to hold associate member status and it has since been given to India, Pakistan, Turkey, and Ukraine.

"Russia announced at the end of 2017 that it did not intend (anymore) to become an associate member," the European Organization for Nuclear Research (CERN) spokesman Arnaud Marsollier said in the Swiss press.

Marsollier said that the cooperation between Russia and CERN is "strong like never before" and that the change of opinion in Moscow "does not at all affect current collaboration" between both parties.

He also emphasized that the discussions at different levels are ongoing and that Russia's withdrawal does not imply that the country will not change its mind in the future on joining the research center as an associate member.

"These are processes that take a long time, a great diplomatic effort and scientific collaboration," the spokesman said.

CERN is currently collaborating with 937 Russian scientists who work in various experiments, and a total of 13,000 experts who temporarily participate in the center's projects.

"Rosatom has supplied equipment to CERN and will continue to do so if requested," Rosatom's Communications Department stated commenting on the reports.

In 2012, Russia registered an application to become a CERN associate member. This status obliges a country to make regular payments, and the country has the right to vote at the European Organization for Nuclear Research Council, in addition, citizens of the country may join the organization's staff.

CERN has 22 member states that make up its main decision-making body and the last ones to join the organization were Israel and Romania, but it collaborates with scientific institutions in hundreds of countries.

The European Organization for Nuclear Research, headquartered in Geneva was founded in 1953 and includes European countries.