Russia Says US Boosting Number of Labs Close to It, Pentagon Denies Accusation 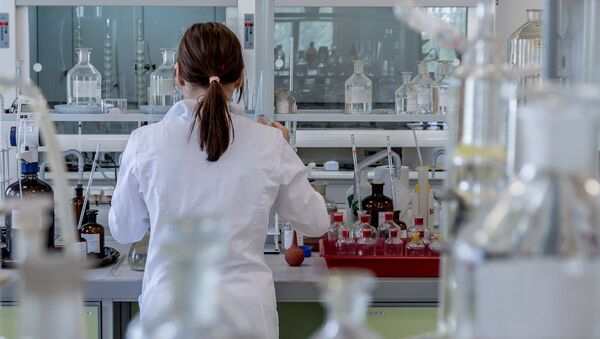 CC0 / /
Subscribe
The Pentagon has reacted to the statement by the Russian Defense Ministry made earlier in the day about the biological threats coming from the US, saying that the latter has at least 30 laboratories under its control all over the world.

The Lugar Center for Public Health and Research in Georgia is not a US-run facility, and the United States is not using it for the development of biological weapons, Defense Department Spokesman Eric Pahon told Sputnik on Thursday, denying allegations made by a senior Russian military officer.

"The US is not developing biological weapons in the Lugar Center. These are also not US facilities," Pahon said. "The Richard G. Lugar Center for Public Health Research is owned and operated by the Georgian National Center for Disease Control and Public Health (NCDC)."

Several hours before that, the Russian Defense Ministry stated Thursday that Washington was highly likely boosting its military and biological potential under the cover of peace research.

"The United States is consistently increasing its biological potential and control of national collections of pathogenic microorganisms not only in the former Soviet republics. More than 30 US-controlled laboratories with a high level of biological protection are functioning and are being constantly modernized today, which has been confirmed by official UN data," Maj. Gen. Igor Kirillov said.

He said US bio labs are a constant source of biological threats to Russia and China.

"This is in line with the US concept of ‘contactless warfare’… They [images] show how capsules can be filled with poisonous, radioactive or narcotic substances, and pathogens. Such munitions are not listed among conventional or humane weapons, while any publishing of such data runs against international accords on nonproliferation of biological weapons," Kirillov said.

He went on saying that research documents were stored at the Lugar Center for Public Health Research in Georgia, and Russia intended to ask the US and former Soviet republic’s authorities what was their purpose.

As Kirillov specified, the Pentagon continues to reconstruct laboratories under its control in Ukraine, Azerbaijan and Uzbekistan.

"The Lugar Center is only a small element of the extensive US military-biological program. Vigorous activity has been launched on the territory of the states adjacent to Russia, where the Pentagon-controlled laboratories also function," he stated.

US Labs in Georgia

The military official went on to say that the materials at the Lugar Center for Public Health Research in Georgia, released by former Georgian State Security Minister Igor Giorgadze, shed light on the biological situation in Russia's south, including the spread of the African swine fever (ASF) virus.

"The published materials allow us to take a fresh look at the biological situation in the south of Russia. Referring to slide 7 to examine the situation around the African swine fever in 2007-2018, which spread from Georgia to the territory of the Russian Federation, European countries and China. Strains of the ASF virus identical to the Georgia-2007 strain were found in samples from dead animals in these countries," Kirillov said.

Kirillov announced that a total of 24 people died in December 2015 during tests in Georgia of an anti-hepatitis C drug produced by Gilead Sciences, a company once chaired by former US Defense Secretary Donald Rumsfeld, and later another 49 people died.

"Now we will consider another urgent problem raised by [former Georgian State Security Minister] Igor Giorgadze. He presented reports on the results of tests on Georgian citizens of a drug that is registered in documents as Sovaldi by American company Gilead Sciences," Kirillov said.

He said one of the company's main shareholders is former US Secretary of Defense Rumsfeld.

"Note… From the documents shown, it is clear that the tests ended in mass deaths among patients. At the same time, despite the death of 24 people in December 2015 alone, clinical studies were continued in violation of international standards and contrary to the wishes of patients. This led to the deaths of another 49 people," Kirillov said.

He also said the fact that the Gilead Sciences drug, Sovaldi, caused no deaths in Russia, suggests that a toxic chemical was tested on Georgian citizens under the guise of medical treatment.

"An analysis of the materials provided by [former Georgian State Security Minister] Igor Giorgadze is a matter of concern for the Russian Defense Ministry as it gives evidence that the United States is highly likely continuing to increase its military-biological potential, carrying out its activities in circumvention of international agreements, under the guise of implementing protective or other peaceful research," Maj. Gen. Igor Kirillov, the commander of the Russian Armed Forces' Radiological, Chemical and Biological Defense Troops, said.

"The threat to Russia’s security is the collection and export of the biological materials of Russian citizens with the undeclared goals. In accordance with the data of the US federal contract system, an attempt was made to collect the synovial tissues of Russians in 2016 on the order of the Air Force," Kirillov underlined.

The military official stated that US military biologists working in Georgia are protected by diplomatic immunity, which enables them to carry out US government tasks while bypassing Georgian laws.

"US military biologists, working in the [Richard Lugar] Center [in Georgia] are protected by diplomatic immunity… The diplomatic immunity allows the US armed forces' officials to carry out tasks assigned by their government bypassing Georgian laws," Kirillov said.

He added that Georgian experts working in the Richard Lugar Center for Public Health Research in Georgia did not have access to certain parts of the laboratory as well as to its documents.

In September, former Georgian State Security Minister Igor Giorgadze claimed that he had reports of deaths that could be the result of vaccine tests in a US-funded laboratory in the country known as the Richard G. Lugar Center for Public Health Research. According to the ex-minister, the laboratory could be running experiments related to Hepatitis Type C.

Moscow, addressing the statement, has requested information about the facility from Washington, but Department of Defense spokesman Eric Pahon stressed that the center has nothing to do with biological weapons.

000000
Popular comments
. These US labs mostly produce newer infectious diseases and then offer antidote formulas to the US multinational healthcare corporations.

PranSa
4 October 2018, 15:19 GMT
000000
Russia and China must adopt similar strategies used by the USA near the border with the USA. New Mexican president may allow this approach. Better do what Israel does with Syria. Everything that appear to threat the Israel security is blow out with bombs. No question asked. China and Russia can use the same approach.