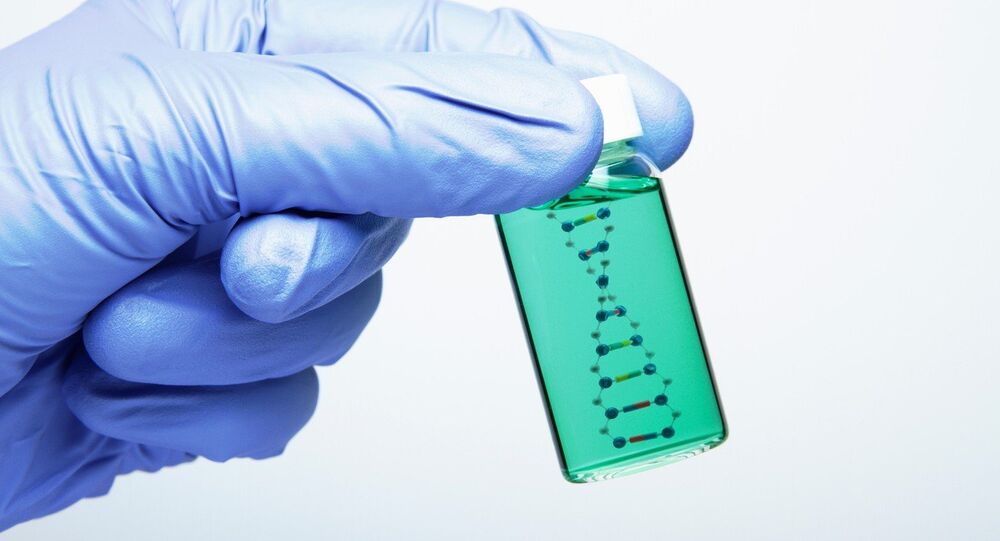 MOSCOW (Sputnik) - The United States, in its work with biological materials in Georgia, used its partners in Georgia as guinea pigs, Director of the Russian Foreign Ministry's Department for Nonproliferation and Arms Control (DNAC) Vladimir Ermakov said at a press conference at Sputnik's headquarters.

"We immediately began to tell our American colleagues when we still had acceptable, mutually respectful relations… that we will not allow your military biologists to do something vague on the Russian borders," Ermakov said.

"What is happening in Georgia, according to our assessment, is the work of the US Department of Defense on Georgian territory with biological material, the use of our neighbor, our Georgian colleagues, partners, as guinea pigs," he added.

© AP Photo / Damian Dovarganes
Pentagon Denies Developing Biological Weapons at Lugar Center in Georgia
Earlier this month, former Georgian State Security Minister Igor Giorgadze claimed that he had reports about deaths that could be the result of vaccine tests in a US-funded laboratory in the country known as the Richard G. Lugar Center for Public Health Research. According to the ex-minister, the laboratory could be running experiments related to Hepatitis Type C.

Addressing the statement, Moscow has requested information on the facility from Washington, but Department of Defense spokesman Eric Pahon stressed that the center has nothing to do with biological weapons.