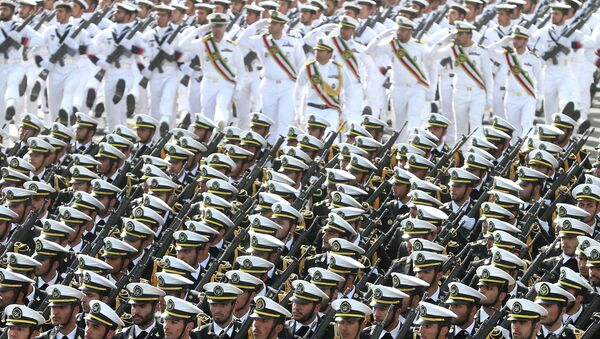 Iran's supreme leader, Ayatollah Ali Khamenei, stated the day before that the power of Iranian forces should be increased in order to "scare off the enemy," following a series of statements about plans for a military build-up by top officials of the Islamic Republic.

"The era of hit and run is over in the world and any hostile measure against our country will be responded to by Tehran tenfold. We are capable of protecting ourselves in every field," Admiral Ali Shamkhani, the secretary of Iran's Supreme National Security, said on Monday, according to Tasnim News Agency.

Trump Pushes Iran and Turkey Towards Russia
The remarks come amid deteriorating relations between Iran and the US. Tensions have been escalating since Washington announced its withdrawal from the Iranian nuclear deal, in March. On August, 6 the US re-imposed punitive measures against Tehran, restricting Iran's trade in gold and precious metals, sales of aluminum, steel, coal and certain types of software, also banning the purchase of US dollars by the Iranian government as well as the purchase of Iran's sovereign debt and Iranian rials.