Explosions Heard Close to US Embassy in Baghdad (VIDEO) 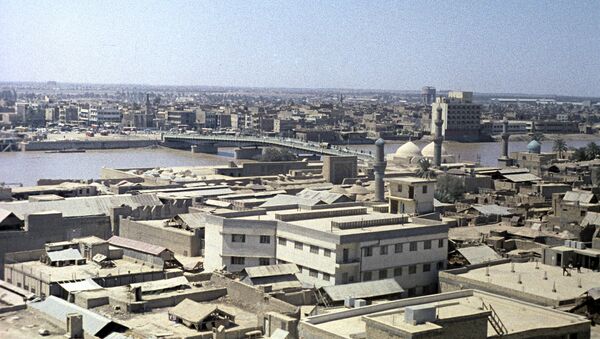 The explosions were said to be caused by mortar shells that hit an “abandoned lot” not far from the US and Egyptian embassies.

According to AFP, three mortar shells hit the fortified Green Zone in Baghdad, where the Iraqi authorities are located. The Iraqi military told Reuters that the shells had caused “no casualties or physical damage”

Series of explosions near #US Embassy in Green Zone in #Baghdad now, the security forces are dealing with the incident as per reports. #Iraq pic.twitter.com/Y45uI6SaEJ

Local media reported sirens close to the US Embassy. US officials said that they are “closely following reports on possible explosions” and the staff was “taking precautions.”

An assault by unidentified attackers comes as the country is struggling with an outbreak of violent protests in the southern city of Basra. Two days ago ten militant groups issued a joint statement threatening to attack foreign interests in Iraq.

According to the Washington Post, this is the first attack on the Baghdad Green Zone since late 2015. From 2003-2011 the highly secured area was frequently attacked by mortars and bombs during the anti-US insurgency.