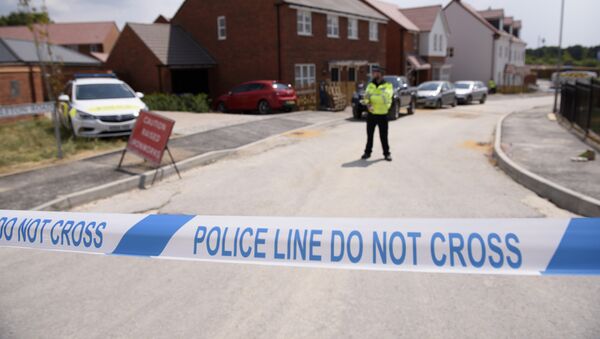 Though earlier in the day UK counter-terrorism officer Neil Basu was unable to confirm that a toxic substance allegedly used for the poisoning of Dawn Sturgess was similar to those claimed to be used for the attack on Skripals, the UK Defense Secretary blamed the incident on Russia.

UK Defense Secretary Gavin Williamson, when asked in parliament about a threat British people are facing after a woman died allegedly from a toxic agent, said that Russia had committed an attack on the UK soil, which resulted in the death of a British national.

"The simple reality is that Russia has committed an attack on British soil which has seen the death of a British citizen," Williamson said, adding that the incident is something that in his opinion "the world will unite with us [the UK] in actually condemning."

The statement came after one of the two people who were allegedly exposed to a toxic agent Amesbury died in a hospital on July 8.

The UK police was unable to confirm whether the toxin the couple was exposed to was the same as that allegedly used against Russian ex-military intelligence officer Sergei Skripal and his daughter Yulia in March.

Amesbury Couple's Friend Opens Up About Last Meeting on Eve of Poisoning
On Thursday, UK Home Secretary Sajid Javid said that the United Kingdom would take "further action" should Russia's involvement in the incident be confirmed. He noted, however, that "we don't want to jump to conclusions."

The news about the alleged poisoning in Amesbury broke on July 4, exactly four months after former Russian intelligence officer Sergei Skripal and his daughter Yulia were found unconscious on a bench near a shopping mall in Salisbury on March 4.