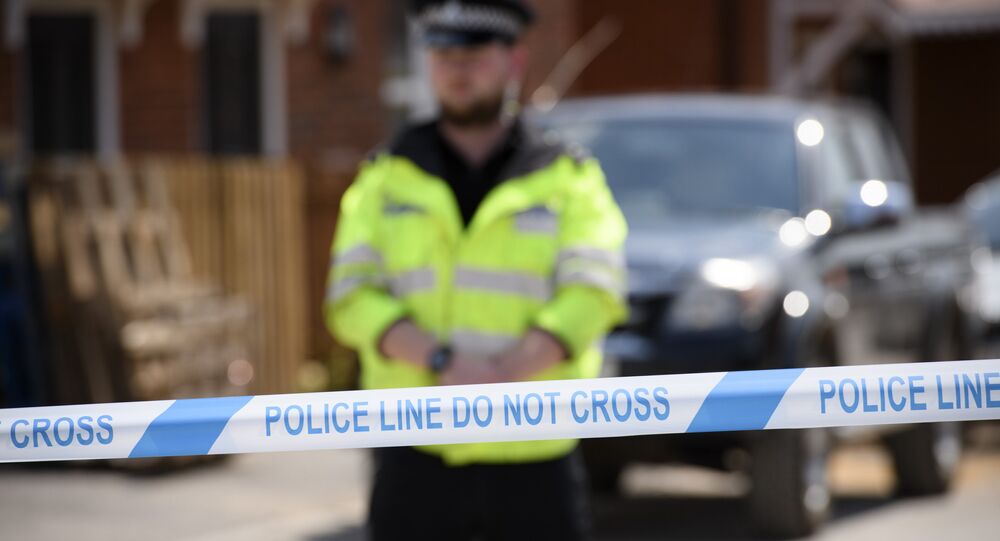 On July 8, a woman allegedly exposed to a toxic substance in the UK city of Amesbury late last month died in a local hospital, prompting police to launch a murder inquiry.

Speaking to reporters on Monday, ranking UK counter-terrorism officer Neil Basu vowed that police would bring the perpetrators of this "outrageous, reckless and barbaric act" to justice.

"As you're all now sadly aware, we have launched a murder investigation after learning the devastating news that Dawn Sturgess died last night at 26 minutes past 8. It is both shocking and appalling that a British citizen has died, having been exposed to a novichok nerve agent," the spokesman said.

Basu added that detectives have been unable to confirm whether the novichok the couple was exposed to was the same as that allegedly used against Russian ex-military intelligence agent Sergei Skripal and his daughter Yulia in March.

"They are unable to say at this moment whether or not the nerve agent found in this incident is linked to the attack on Sergei and Yulia Skripal. However, this remains our main line of inquiry," the counter-terrorism officer said.

© REUTERS / Henry Nicholls/File Photo
Amesbury Couple's Friend Opens Up About Last Meeting on Eve of Poisoning
Scotland Yard has pieced together a timeline of Dawn and Charlie's movements on June 30, when the couple became ill. Police find it key to determine exactly when and where both were contaminated. Charlie's red Ford Transit van has been confiscated as a precautionary measure, the spokesman said. Police have carried out detailed searches at locations in the area, including Dawn and Charlie's addresses in Salisbury and Amesbury, as well as Queen Elizabeth Gardens in Salisbury.

"Our focus and priority at this time is to identify and locate the container that we believe to be the source of the contamination," Basu said.

Three persons who came in contact with the couple have also been screened as a precaution. A total of 21 people have been screened and been given the all-clear so far. The risk to the general public remains low, according to Basu. Police cordons are likely to remain in place "for a considerable period of time," he said.

On July 4, news broke that two people had been hospitalized after allegedly being exposed to a novichok-type nerve agent in the city of Amesbury. According to UK police, the couple, Dawn Sturgess and Charlie Rowley, handled an item allegedly contaminated with the same type of nerve agent that was allegedly used in the attack on former Russian intelligence officer Sergei Skripal and his daughter Yulia in Salisbury on March 4. Dawn, 44, died in hospital on July 8, while Charlie, 45, remains in critical condition.

Late last week, British Home Secretary Sajid Javid demanded that Russia explain "exactly what has gone on" in Amesbury, and threatened to take "further action" if Moscow's involvement in the Amesbury incident is confirmed. He added, however, that London doesn't "want to jump to conclusions," and that it does not have plans for additional sanctions against Russia over the incident at the moment. Javid also recalled the attack on the Skripals, which London has blamed on Moscow, calling the supposed Russian "decision…to deploy" a chemical weapon in Salisbury "reckless."

Russian presidential spokesman Dmitri Peskov responded by noting that London has not provided any evidence of Russian involvement in either case. "At the very start, Russia offered a joint investigation. The Russian side has shown no interest in our proposal," Peskov stressed.

© Sputnik / Justin Griffiths-Williams
Kremlin: Claims of Russia's Links to Amesbury Poisoning are Absurd, Incident Poses Threat to All Europeans
On Monday, responding to the news of Dawn Sturgess' death, Peskov said that the current state of emergency evokes deep concern, being the second consecutive incident of poisoning in the UK which poses a threat not only to the British people, but to all Europeans. "We, of course, deeply regret the death of the British citizen, and remain extremely concerned about the continuing incidents with toxic substances on the territory of the United Kingdom," he said.

The suspected use of the A234 (UK designation "novichok") nerve agent in the Amesbury incident prompted comparisons to the Skripal case. Russian ex-military intelligence agent Sergei Skripal and his daughter Yulia were found unconscious at a mall in Salisbury on March 4. Days after the incident, British Prime Minister Theresa May said it was "highly likely" that Russia was responsible, but presented no evidence to substantiate the accusation, which Moscow vocally denied. The scandal led to the expulsion of dozens of diplomats by both sides. Yulia and her father were discharged from hospital and taken to an undisclosed location on April 11 and May 18, respectively. In May, Russian President Vladimir Putin said that the Skripals would have been killed if they were exposed to a weapons-grade toxic agent.