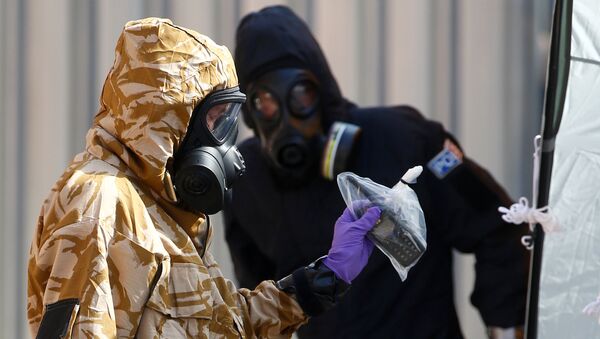 According to a man who claims to have been one of the last people to see Dawn Sturgess and Charlie Rowley, the Amesbury couple was poisoned by a nerve agent rather than drugs. They were found unwell at a property in Amesbury on June 30 after they traveled there on a bus from Salisbury, the site of a famous spy attack.

Craig Pattenden, a pal of the couple exposed to a nerve agent in Amesbury, told Sputnik that he came across Dawn Sturgess and Charlie Rowley on a bus going from Salisbury to Amesbury the night before they fell ill.

Mr Pattenden, 38, said the two looked good the night he saw them. According to him, Charlie Rowley, a heroin and cocaine addict, looked a bit drunk.

The man noted, quoting a friend named Sam, that Ms. Sturgess was the first of the two to be poisoned, leading to convulsions, foam coming out of her mouth and her pupils narrowing to the point that they could hardly be seen.

The couple's friend believes that the poisoning had nothing to do with drugs, but rather involved a nerve agent. He supposed that the source of contamination was an item that Don had picked up on the street, for instance, a fag end or a container.

According to UK counterterrorism chief Neil Basu, the Amesbury couple was poisoned by Novichok, a nerve agent.

The incident took place four months after former Russian spy Sergei Skripal and his daughter were poisoned by the Novichok nerve agent in neighboring Salisbury. London has blamed Moscow for the Salisbury incident, claiming that the poison came from Russia. The UK hasn't yet provided any credible evidence of Russia's role in the poisoning.

The Kremlin has repeatedly denied all allegations of involvement in the spy attack and offered the UK its assistance in the Skripal case investigation. A diplomatic row, however, swiftly escalated between London and Moscow following the attack, which resulted in a tit-for-tat expulsion of diplomats and the closure of a British consulate in St. Petersburg.