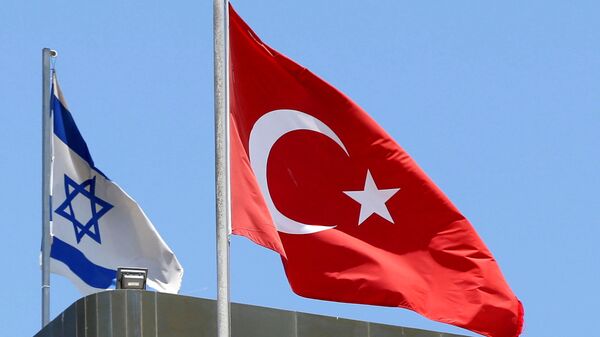 The official relocation of the US Embassy from Tel Aviv to Jerusalem aggravated protests in the Gaza Strip, forcing Israel to use the military in order to maintain security along the border. Many countries have strongly condemned the killings of Palestinian protesters, with Turkish President Tayyip Erdogan urging to reconsider ties with Israel.

Turkey will reconsider its economic ties with Israel after the presidential and parliamentary elections on June 24 in accordance with the decision of the Organization of Islamic Cooperation (OIC) to impose trade restrictions against this country, Turkish President Tayyip Erdogan said.

"I hope that OIC countries will implement the decision on Israel's trade blockade, Turkey will also reconsider its ties with Israel, especially economic and trade relations… We will take steps in this direction after the upcoming elections," Erdogan said as quoted by the newspaper Hurriyet.

The Turkish president also noted that the OIC summit, which was held in Istanbul on Friday, had called on the UN to create a peacekeeping force for the protection of Palestinians, similar to those that operated in Kosovo and Bosnia and Herzegovina. He added that the OIC countries also agreed to establish a commission to investigate into "Israel's crimes in the Gaza Strip."

"We believe that it will deter them, and it will not be easy for Israel to shoot at the UN forces," Erdogan said.

Israeli actions in response to Palestinian protests in the wake of the relocation of the US diplomatic mission to Jerusalem have drawn firm condemnation from many states. Ankara, in particular, announced a three-day mourning for those killed in the Gaza Strip during protests.

Amid the verbal tit for tat with Israeli Prime Minister Benjamin Netanyahu, Erdogan called Israel's actions in the border region a "genocide" and ordered to summon the Turkish ambassadors to the US and Israel for consultations. In addition, the Turkish Foreign Ministry expelled the Israeli Ambassador Eitan Naeh.

In retaliation, Israel asked the Turkish consul general in Jerusalem, Husnu Gurcan Turkoglu, who was tasked with establishing Ankara’s ties with the Palestinians, to leave the country "for a while."

Protests in the Gaza Strip, dubbed the Great March of Return, have intensified and turned violent on May 14 amid the official transferring of the US Embassy from Tel Aviv to Jerusalem. A total of 60 Palestinians have been killed and more than 2,400 injured during the clashes with Israeli Defense Forces.