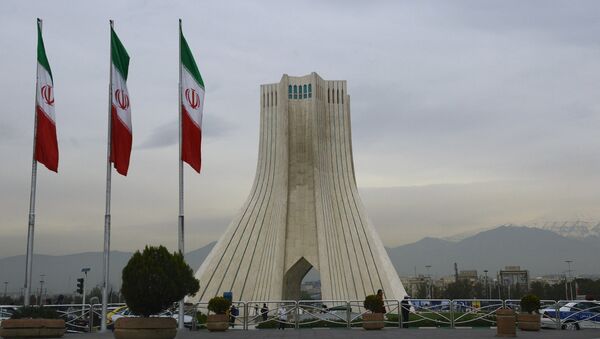 "If the other side keeps itself committed to its promises we also will be keeping ourselves to our promises… Our policy is wait and see now… for just the few weeks time… There are all kind of possibilities, we can… start the 20 enrichment," Ali Akbar Salehi told reporters.

READ MORE: Lavrov: Russia Hopes US Withdrawal From JCPOA Not Linked to Plans to Attack Iran

On May 8, US President Donald Trump announced that his country would exit the Joint Comprehensive Plan of Action (JCPOA) on Iranian nuclear program and reinstate the previously lifted sanctions on Iran. Other signatories, which are the European Union, China, Germany, France, Russia and the United Kingdom criticized Trump's decision and pledged to further comply with the deal.

Enough is Enough: EU to Block US Sanctions on Iran to Protect European Firms
The European Bloc expressed its concerns following the US President's decision. EU foreign policy chief Federica Mogherini said that the European Union intends to act in accordance with its own security interests.

The European Commission (EC) in its turn decided to take steps to protect EU companies investing in Iran, including by beginning the process of activating the Blocking Statue and launching a process to allow the European Investment Bank to support EU investment in Iran.

The blocking statute is a special regulation of the European Union protecting business entities from the effects of the application of sanctions by a third country. The regulation allows the companies not to comply with the sanctions and demand compensation for losses caused by third party's actions.