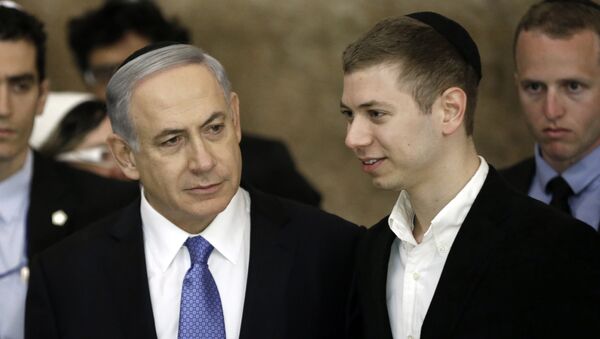 As an Israeli-Turkish tit-for-tat is in full swing, Israeli prime minister’s son posted a controversial picture under an explicit caption. Although it was quickly taken down, Twitter users seem to have not forgotten.

The post comes amid a raging diplomatic row between Israel and Turkey. On Tuesday, in the wake of the reported killing of several dozen Palestinians in Gaza, Ankara expelled Israel’s ambassador Eitan Naeh from the country. According to the Ministry of Foreign Affairs, he was subjected to a "humiliating" security check at Istanbul airport.

As a retaliatory measure, Israel directed the Turkish consul general in Jerusalem, Husnu Gurcan Turkoglu, who is tasked with establishing Turkey’s ties with the Palestinians, to return home for diplomatic consultations. Turkey’s top diplomat in Tel Aviv had already been recalled, alongside Turkey’s ambassador in Washington.

On Tuesday, Turkish Prime Minister Recep Erdoğan and his Israeli counterpart notably exchanged jabs, with Erdogan calling Netanyahu "the PM of an apartheid state," who "has the blood of Palestinians on his hands," while Netanyahu in his turn lambasted Erdogan for "the occupation of northern Cyprus" and "invading Syria."

Separately, South Africa recalled its ambassadors from Israel, also voicing concern over the death toll in Gaza, while Ireland, Belgium and Luxembourg summoned their Israeli envoys to express their frustration and protest against the raging crisis.