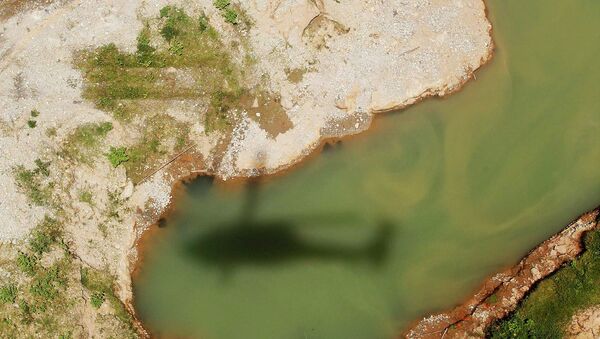 The calamity hit the town of Valdivia after the Cauca river has overflown its banks and destroyed a number of houses and the infrastructure, the Portafolio media outlet reported late on Sunday.

According to local media reports, at least 600 people were evacuated in the Colombian northwestern Antioquia Department due to the river flooding that was partly sparked by the construction of a largest hydroelectric project.

Over 10,000 People Hit by Floods Evacuated in Somalia (PHOTOS)
“The waters of Cauca river flooded the homes of some residents, but there are no victims or people injured, only a property damage,” Victoria Ramirez, Antioquia’s state secretary said, as quoted by the outlet.

The rapid rise in the river’s waters was caused by the rain season, but also by the mudslide that has blocked the water evacuation tunnel. The mudslide occurred due to the construction of a nearby Ituango hydroelectric plant, according to the outlet.