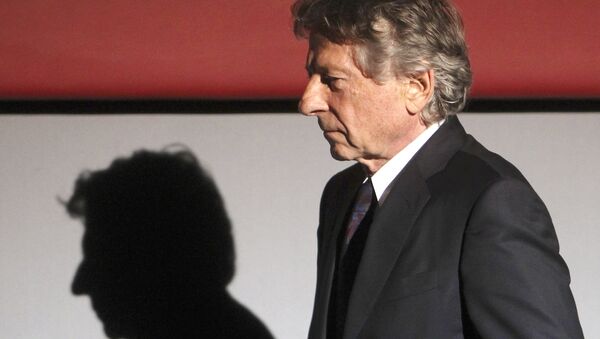 In a new interview with Newsweek Polska, Roman Polanski essentially likened #MeToo, which has prompted huge numbers of women all over the world to be explicit about sexual harassment, to Middle Age massacres of protestants in France, which most certainly fueled a stormy reaction on Twitter.

"I think this is the kind of mass hysteria that occurs in society from time to time," the 84-year-old director told the publication.

He went on to say that the "hysteria" occasionally peaks in dramatic examples like the French Revolution or the St Bartholomew's Day massacre, which left 70,000 French Calvinist Protestants dead, or in a milder form, like the Polish 1968 political crisis.

He concluded by saying that people speaking out in the framework of the #MeToo movement showcase the utmost hypocrisy as they are doing it "out of fear," which immediately sent the Twitterverse into a tailspin. Many rushed to say he virtually belongs in jail:

*NEW COLUMN*
Don’t you dare brand #MeToo as hysteria & hypocrisy, Polanski – you’re a sickening child rapist who should be behind bars, not a camera.https://t.co/Msd3PnukHH pic.twitter.com/YLHruxaWbg

Some expressed their anger as irony:

"Filmmaker Roman Polanski" is no longer welcome in the US because of his sexual assault charges. My guess is he is pandering for a pardon from Trump.

If standing up against everything from sexual misconduct to rape is "hysteria and hypocrisy", I'm proud to be a hysterical hypocrite.#Timesup, bitch.https://t.co/38uYOTcsHl

Polanski has been on the run from US law enforcement since 1978, when he pleaded guilty to raping a 13-year-old girl named Samantha Geimer. He is a dual Polish and French citizen and now lives in France. Separately, the fugitive movie director was pulled out of the Academy of Motion Picture Arts and Sciences last week, alongside convicted rapist Bill Cosby.