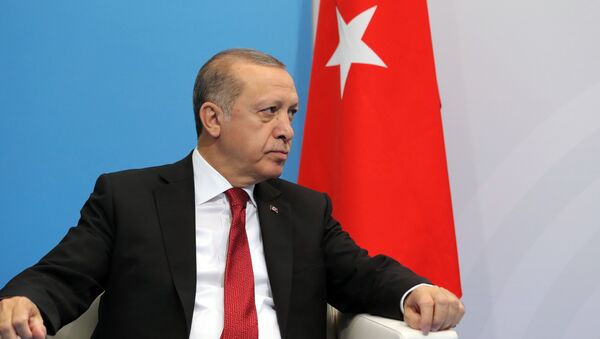 Turkey’s Decision to Hold Snap Elections ‘Linked to US Military Plans’ – Expert
Turkey will have its early presidential and parliamentary elections on June 24. If Erdogan wins, it will be his second presidential term, and the first time Turkey would have someone as the head of both state and government since switching from a parliamentary republic to a presidential one.

The elections were originally scheduled for November 2019, but Erdogan announced in April that the country would hold the vote a year and a half ahead of schedule. He explained his decision by highlighting the country's to change quickly so that it could address current challenges.

Erdogan Accuses Turkish Opposition of Receiving Money From Abroad
Turkey has been in a prolonged state of emergency for almost two years. The measure was introduced to crack down on the organizers of an attempted military coup in several major cities across the country in July 2016.

Over 240 people were killed and more than 2,000 others were wounded in the unrest, which Ankara blamed on Islamic cleric Fethullah Gulen’s movement, referred to by the Turkish authorities as the Fethullah Terrorist Organization (FETO).

Following the unrest, over 50,000 people were arrested, and more than 140,000 government officials and military officers were dismissed or suspended.