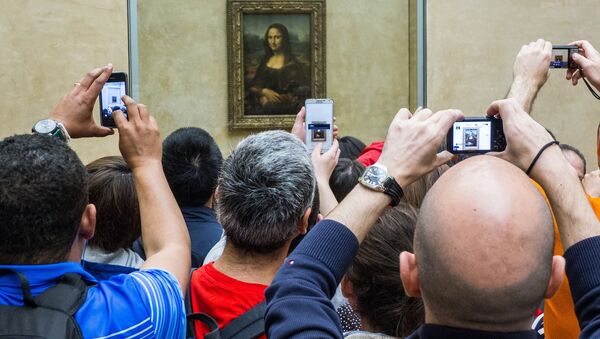 Scholars from California claim that they may have put an end to debates over one of the world’s most famous masterpieces. The key to Da Vinci’s riddle of Mona Lisa’s changing expression lies in neurology.

Researchers from the University of California, San Diego, have concluded after experiments on visual perception that the emotions we see on Mona Lisa’s face depend on our own mood. The famous eluding smile of the Renaissance Donna, who attracts to the Louvre thousands of tourists each day, is to be explained with her rather neutral expression and resting face.

The research group led by Dr. Erica Sigel studied the perception of neutral faces. The outcome confirmed a good old saying that beauty lies in the eye of the beholder, as well as the perceived emotions and moods of people around us.

The research team set each of the 43 study participants in a particular mood, then showed two sets of pictures. While the dominant eye consciously registered neutral expressions, the non-dominant one sent particular sights to the subconscious, which presumably determined different emotions.After this the participants were to choose particular images.

Depending on what they saw with their non-dominant eye, the experimental subjects saw anger, happiness or sadness on neutral faces.

“If you see the Mona Lisa after you have just had a screaming fight with your husband, you're going to see [the painting] differently,” said Dr. Siegel to The Daily Mail, illustrating her findings.

The sincerity of Mona Lisa’s smile has been debated in the art world for centuries. Earlier, a German team of neuroscientists claimed they had proved that Mona Lisa’s famous smile is one of happiness. Nearly 100 percent of respondents in a recent trial described her smile as one of happiness.