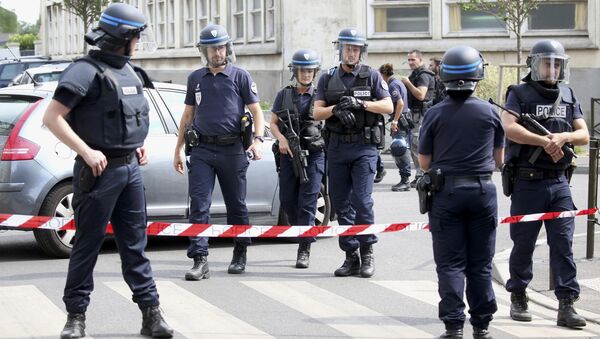 France’s Secretary of State Christophe Castaner claimed the country has proposed to take back French jihadists who left to fight in Syria and Iraq, and keep an eye on them. A specialist in monitoring radical Islam criticized the suggestions in his interview with Sputnik.

Discussing the latest terror attack in southern France with the broadcaster Europe 1, the top official revealed that French authorities expect to take back more than 250 former Daesh* fighters, who fled Europe to join terrorists in Syria and Iraq. While saying that France should take them back, he stated that each case should be considered individually.

“I think, we should watch them closely, accept them, and imprison them if they have committed any crimes, to find out how dangerous they are,” stated the politician.

A terror attack perpetrated by Redouane Lakdim, a 26-year-old Moroccan national who killed four people including a police officer who swapped himself for a hostage, fueled the discussion over security and migrant policy.

“I think this is a sore mistake to let those, who have already tasted blood and were present during mass murders, come back. These are not just radicals, but barbarians!” he categorically implored.

“This is surprising: that our democracies are going to accept such people. The more, the worse, they won’t be put into jail, just see psychologists. Such people have been taught to lie: Islamist propaganda, and not only from Daesh*, uses a strategy of deceit and military cunning, which lets them swear with the Koran, if there’s need to deceive an enemy or an infidel,” he explained.

The local outlet Le Journal du Dimanche points out that this jihadi homecoming raises concern in France as even those 80 prisoners, who were found guilty for their terroristic activities, would be released in a couple of years, as the average sentence is no more than 6 years. There are also 20 thousand people, classified by the authorities as a threat to national security.

"We are defenseless, we can’t reverse the radicalization of the people, who have already tasted the blood. We can prevent somebody from becoming a radical Islamist, but those who have already crossed the line are very difficult to return to the course of normal life," Alexander del Val told Sputnik.

The analyst also accuses the authorities of under-funding the fight against terrorists, as the assigned money isn’t enough to ensure that several thousands of policemen controlled the terrorists, saying "The authorities aren’t going to gurantee maximal security for our citizens!" He implied if there was a will to do so, financing would be found.

"If we took the money fueling work with illegal migrants and social provision for those who are not entitled to insurance, and rechannelled it to paying the policemen, so that more of them could work with each radical, the situation would become better," he said to Sputnik.

As Daesh's possessions in Syria and Iraq have been reduced to a few outposts, the European nations, which altogether have "supplied" some 5,000 jihadists to the fight, have been puzzled in attempts to deal with the returnees.  A change of strategy is imminent, including a stronger emphasis on returning jihadists, the security intelligence company The Soufan Group concluded in its December report, venturing that the activity and the influence of returning Daesh* supporters will grow over time. The Soufan Group found that former jihadists are unlikely to ever lead a normal life.

While the Radicalization Awareness Network estimated that around 30 percent have returned, security studies professor Peter Neumann from King's College ventured the percentage of returnees constituted around 40 percent. For individual countries, such as the UK, Sweden and Denmark, the percentage has been estimated at around 50 percent.