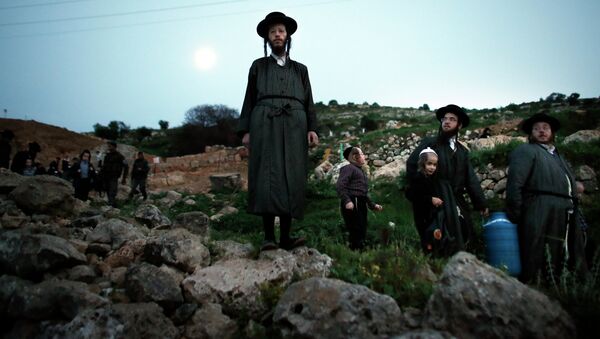 The GIZ group, promoting substantial development worldwide, has established an internal probe after an Israeli NGO watchdog claimed that anti-Jewish sentiment is common within the organization, citing the Facebook posts of its staff.

The German Society for International Cooperation has announced they are investigating the implications of wide-spread anti-Semitism among the company’s employees after the Jerusalem Post published a report on the findings of Israeli NGO Monitor, a watchdog which monitors the  international humanitarian community “in the framework of the Arab–Israeli conflict.”

The monitoring group backed up the allegations with several Facebook posts written by GIZ staffers on the Israeli-Palestinian conflict. For example, one of them posted an image of an Israeli flag with a Nazi swastika where a Star of David is supposed to be. Apart from this, NGO Monitor suggested that some local partners in the Palestinian territories endorse Palestinian terror against the Israelis. Some of the GIZ representatives, involved in the scandal, are reported to have distributed German funds to Palestinian NGOs, several of those groups who landed the grants have allegedly glorified violence.

In its statement, the GIZ confirmed their commitment to basic humanitarian values and intolerance towards the statements, which contradict this stand.

“All staff members are obliged to respect human rights and integrity. This is enshrined in GIZ’s company-wide corporate principles. Every employee commits to adhere to the Code of Conduct in their employment contract. GIZ does not tolerate anti-Semitic statements, which are in breach of the Code of Conduct,” stated the press release on their web-site.

As the company announced the investigation, it made it clear that the Code applies to any private posts, if there is any connection to GIZ.
They promised to look into each case and punish those who are proved to have broken the disciplinary rules. They also claimed they would raise awareness with regular office talks.

GIZ currently employs 145 staff members in the Palestinian territories. They address concerns such as water and sanitation, economic reform, employment and the labor market, as well as institution building. GIZ has funded 15 projects there with total commission of more than  euros.

The investigation came hot on the heels of another report about an ethics breach in the company, as an unnamed employee from Jordan told the Jerusalem Post that fired her for pro-Israeli sentiment. She lost her job after  comment on the case of the Palestinian girl Ahed Tamimi, who was imprisoned for 8 months  after she slapped an Israeli soldier. The woman posted that the teenager would be shot if she had done the same to a Jordanian serviceman.

GIZ rebuffed the accusations, saying that she wasn’t sacked, but that her contract had expired.