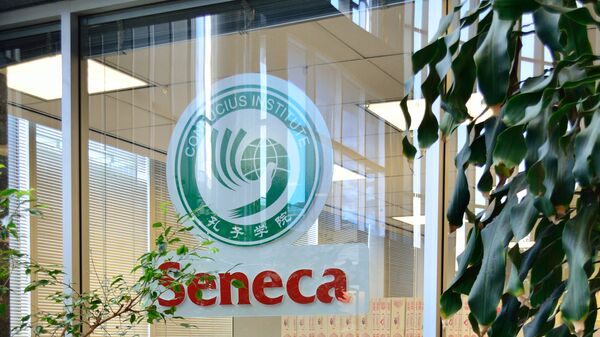 CC0 / /
Subscribe
International
India
Africa
MOSCOW (Sputnik) - The Confucius Institute, a non-profit educational organization affiliated with the Chinese government, does not engage in any political activities, the organization's executive director in the United States told Sputnik amid Congress' preparations to debate a new "foreign agents" bill.

"Our office’s mission is to promote Chinese language teaching and learning, cultivate cultural awareness, and support Confucius Institute network in the United States for joint efforts. We have a strict policy not to engage in political activities. Therefore, we are not in the position to discuss any political actions," Gao Qing, executive director of the Confucius Institute US Center in Washington, said.

The Foreign Influence Transparency Act of 2018, sponsored by Congressman Joe Wilson, seeks to require all foreign organizations promoting the agenda of a foreign government to register as a "foreign agent," which, according to the congressman's press release, would include the Confucius Institute.

Rubio said these entities, such as the Confucius Institute, were using "loopholes" in existing legislation, thereby allowing foreign governments to promote their agenda under the guise of educational initiatives.

Wilson and Rubio's bill is only one out of three similar texts that were introduced to Congress this week.

The same day, Congresswoman Anna Eshoo introduced the Foreign Entities Reform Act of 2018 (FARA) that would demand additional disclosure requirements for the content of any entities registered as "foreign agents" with the US Department of Justice.