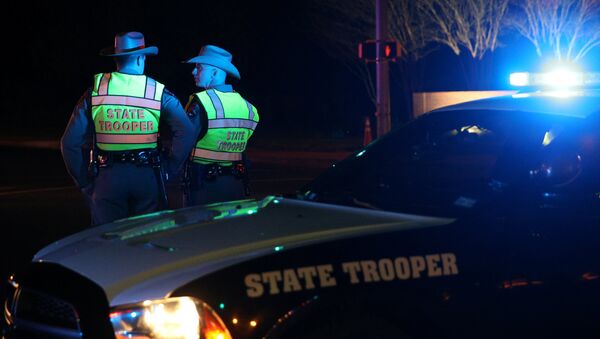 When commenting on a series of bombings in Austin, Texas, the White House had stated earlier that the incidents are not believed to be linked to terrorism.

Following reports that the man suspected of being behind five bombings in Texas was dead, US President Donald Trump took to Twitter to praise the work of the law enforcement officers. He confirmed the death of the suspected perpetrator and added that the police had done a "great job."

An ATF agent said that the dead bombing suspect made all the bombs, adding that he doesn't rule out the man could have had accomplices.

AUSTIN BOMBING SUSPECT IS DEAD. Great job by law enforcement and all concerned!

The man was identified as a 24-year-old white male, according to Police Chief Brian Manley. The name of the perpetrator won't be made public until his relatives are notified, the sheriff added.

Earlier, NBC News reported that the suspect was caught by the Austin Police Department SWAT team on a road in Round Rock, Texas. He then detonated an explosive device inside his vehicle and died, according to Austin police. One police officer sustained minor injuries when the blast occurred.

Just past midnight on Tuesday, a package exploded at a FedEx ground facility near San Antonio, injuring one worker. Later in the day, the Austin Fire Department said hazardous materials (Hazmat) teams were responding to a suspicious package at a FedEx facility in Austin, Texas.

The incident follows four package bombings this month in Austin that left two people dead and four others wounded. Local police have said they suspect that a serial bomber is behind all four incidents.

Fourth Explosion in Austin: Two Men Seriously Hurt by Tripwire Blast (VIDEO)
In early March, Anthony Stephen House was killed by the explosion of a package in his house. Authorities at the time described it as an "isolated incident." On March 12, two other parcel explosions took place: the first killed student Draylen Mason and the second explosion critically wounded Esperanza Herrera, who was visiting her mother at the time of the incident.

The White House commented on the incidents on Tuesday, saying that they have no connection to terrorism, adding that the authorities "are committed to bringing perpetrators of these heinous acts to justice."