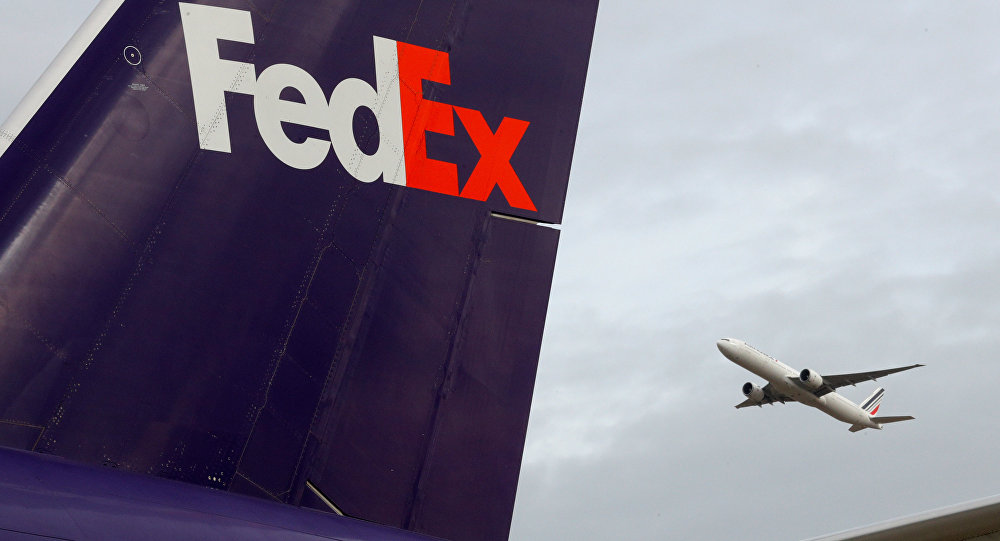 WASHINGTON (Sputnik) – Two explosive packages discovered in separate incidents in the US state of Texas on Tuesday are linked, FedEx confirmed in a statement.

“FedEx has confirmed that a package detonated at a San Antonio FedEx Ground facility early this morning,” the statement said. “We have also confirmed that the individual responsible also shipped a second package that has now been secured and turned over to law enforcement.”

There were no serious injuries in the incidents, and the company has shared evidence with authorities related to the packages and the person who shipped them, the company said.

© REUTERS / Mike Blake/File Photo
FBI Probes Package Blast at FedEx Facility in Texas Which Injured One
Just past midnight on Tuesday, a package exploded at a FedEx ground facility near San Antonio, injuring one worker. Later in the day, the Austin Fire Department said hazardous materials (Hazmat) teams were responding to a suspicious package at a FedEx facility in the US city of Austin, Texas.

The incident follows four package bombings this month in Austin that left two people dead and four others wounded. Local police have said they suspect that a serial bomber is behind all four of those incidents.