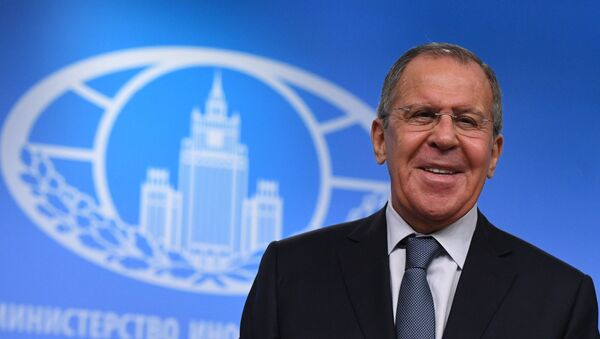 Seoul’s top security official came to discuss resolving the Korean crisis with his Russian counterparts and revealed some unknown facts about his previous contacts with Moscow on the matter.

Moscow and Seoul have agreed on joint efforts between two countries on searching for ways to resolve the Korean crisis during the meeting between Russia’ s Foreign Minister Sergey Lavrov and South Korea's National Security Office head Chung Eui-yong  in Moscow. This is to ensure the success of upcoming meetings between the leaders of South and North Korea, as well as the breakthrough upcoming meeting between Donald Trump and Kim Jong-un.

"Russia has played a constructive role in inviting North Korea to dialogue, and we hope that Russia will play such a role in the future. We will undoubtedly cooperate in this area with Russia," Chung Eui-yong said regarding the result of the meeting.

During the talks in Moscow, Chung admitted he had previously met with the head of Russia’s Security Council Nikolay Patrushev. The talks were very successful, and he came to Moscow again to keep on discussing vital questions. This revelation prompted an immediate ironic remark from Lavrov.

“What a secret you brought to light! Everyone will think now, that Russia is behind it all again,” Lavrov replied, referring to allegations of Moscow’s interference in the US 2016 presidential election.

Lavrov pointed out that “Russia is consistent in advocating a decrease of tensions as well as a transition from confrontational rhetoric to specific steps in searching for ways to settle the issue.” He said South Korea's envoy’s recent activity has confirmed, his country’s leadership understands the need to build a solid team of those who can contribute to solving the Korean crisis. He added Moscow values South Korean President’s involvement in promoting peace on the Peninsula and developing bilateral partnership.

On March 5-6, Chung, along with other high-ranking officials from South Korea met the North Korean leader Kim Jong –Un, after which an announcement came that Seoul and Pyongyang had reached a historic agreement on holding the third-ever summit of the countries’ leaders in late April.  Moreover North Korea expressed a willingness to hold talks with the United States, pausing all nuclear tests and missile launches during the negotiations.

The visit of the top South Korean delegation to the United States was followed by President Donald Trump’s agreeing to meet with Kim by May, however on the condition that Pyongyang makes specific steps to roll up its nuclear program.