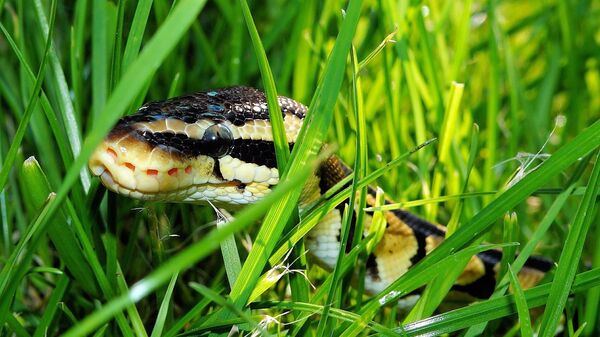 © Photo : Pixabay
Subscribe
International
India
Africa
It took seven villagers to pull out a six-meter-long python from a well at a Malaysian plantation Sunday.

The python was found in Pasir Gudang, the capital of the Malaysian state of Johor, located at the southern tip of the Malay Peninsula.

According to Channel News Asia, 15-year-old Mohd Noor Irfan Mohd Zainal was hard at work with his father at a plantation in the industrial town of Pasir Gudang when he heard splashing sounds coming out of the well.

"I thought it was a rock that dropped, but when I went nearer to look, I saw the python," Zainal said.

Villager Syahrul Karim told Channel News Asia that seven men were needed to pull out the giant reptile, which reportedly weighed around 80 kilograms, out of the well.

Karim believes the plantation is the snake's nesting ground, as it has been spotted in the same location before.

The snake will be sent to either the Department of Wildlife and National Parks or the Johor Zoo.

As you might imagine, humans encountering such gigantic reptiles in Southeast Asia is nothing new. In October, an Indonesian security guard won a deadly battle with an even larger python: a monstrous 23-foot-long serpent that the victorious man ate for dinner with his relatives.