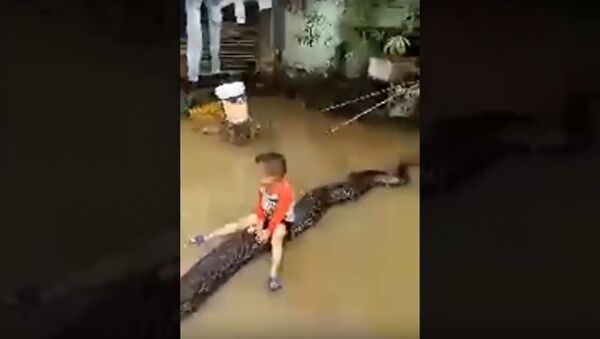 Recently, a video from Vietnam, which suffered from heavy floods, has appeared on the internet. The footage shows a little boy playing with a big python. According to the video's description, a giant snake several meters long appeared in someone's backyard during a flood.

Many people may tremble watching this video. However, the boy shows no signs of fear. He plays with the reptile with a smile on his face. He even rides it!

However, it must be noted that it is very dangerous for minors to play with wild animals.