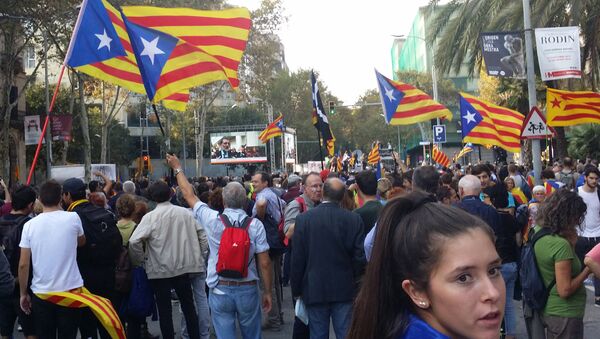 Since the Catalan Independence Referendum in early October, Spain has been witnessing extensive political turmoil. After fleeing to Belgium, several Catalan officials agreed to accept rule under the Spanish government.

Imprisoned former vice-president of Catalonia Oriol Junqueras and three other jailed members of his ERC party are prepared to accept Madrid's direct rule over their formerly autonomous region, their defense lawyer said on Tuesday.

The defendants hope that by accepting Madrid's rule over the region, that they might be released from custody before the December 21 snap parliamentary vote.

#UPDATE: Enforcement of Article 155 of Spanish Constitution –resulting in the takeover of Catalonia’s self-government– is “very democratic,” says Rajoy https://t.co/bq5B13CXFk

The secession of Catalonia has triggered political turmoil in Spain and prompted new elections.

Former Catalan President Puigdemont was dismissed by Spanish President Rajoy after Catalonia declared independence amid its October 1 referendum, during which the majority of Catalans backed the community's secession from Spain. The declaration led to Madrid invoking Article 155 of the Spanish Constitution, which introduced direct governance by Spanish authorities in Catalonia, and to the dissolution of the regional parliament. In turn, Puigdemont left the country for Belgium in late October. In early November, the Spanish authorities issued an arrest warrant for the Catalan politician and several of his supporters. They are accused of embezzling state funds, organizing an uprising, rebellion, and sedition. On November 17, the Brussels prosecutor's office demanded that Puigdemont and the ministers be extradited to Spain.

Since the Catalan Independence Referendum in early October, Spain has been witnessing extensive political turmoil. After fleeing to Belgium, several Catalan officials agreed to abandon their secessionist hopes and accept direct rule under the Spanish government.