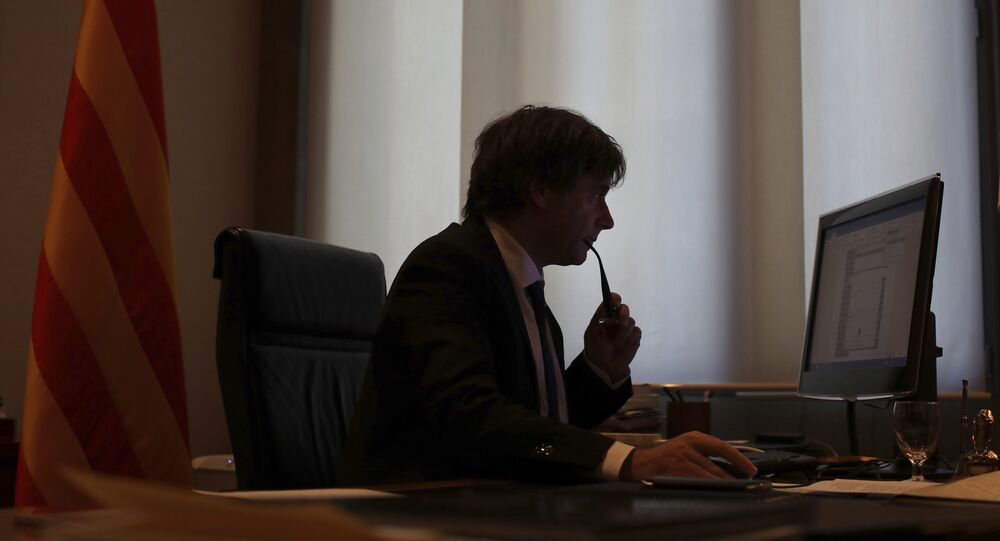 While the court hearing has already ended, the issue is yet to be resolved.

BRUSSELS (Sputnik) — Brussels' prosecutor's office has demanded that ex-head of the Catalan government Carles Puigdemont and former members of the Generalitat be extradited from Belgium to Spain, according to local media reports.

"The prosecutor demanded the execution of European arrest warrants, the case will be challenged on December 4," the RTBF broadcaster said.

The hearings on extradition of Puigdemont and the four Catalan ex-ministers to Spain ended, but the issue has not yet been finally resolved, the spokesperson for the Brussels prosecutor's office told Sputnik after the meeting.

The Advisory Chamber of the Court of First Instance of Brussels could make a decision on the day of the hearing or postpone its adoption for 15 days at the request of the parties.

If the judges decide to extradite Puigdemont and former Catalan ministers to Spain, they have the right to appeal to it in a second instance court, which has another 15 days to make a decision.

© AP Photo / Alvaro Barrientos
Catalonia Vows to Appeal Madrid's Invoking of Article 155 in Constitutional Court
After Spain had invoked Article 155 that imposes direct rule over Catalonia following its unilateral declaration of independence, the former region's leader fled to Belgium, prompting Madrid to issue a European arrest warrant that was handed to the Belgian prosecutors. Puigdemont and four ex-ministers who were previously sacked by Madrid and later declined to appear in court are facing charges of organizing an uprising and embezzling state funds.

Puigdemont surrendered to the Belgian authorities, but was later released and is now waiting for Brussels to decide on his extradition to Spain.

Previously, the former Catalan leader pledged to return to Spain should be receive "guarantees" for his safety. Asked whether Puigdemont’s return to Spain was possible, his lawyer replied that there was "a significant risk that he will get arrested."