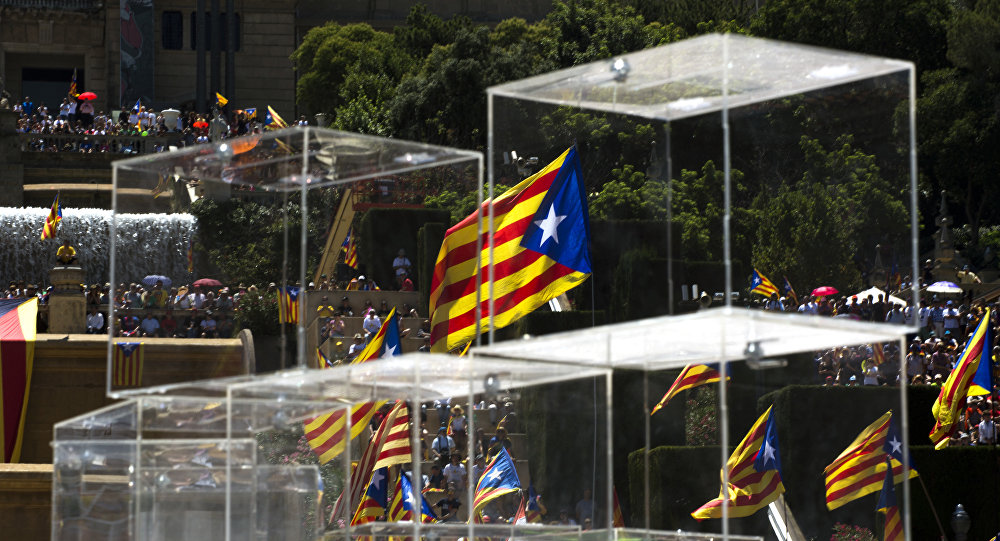 A new study by Metroscopia pollster for El Pais newspaper showed on Sunday that the pro-independence parties would not be able to form the absolute majority at the upcoming snap parliamentary election in the Spanish autonomous community, scheduled for December 21.

© REUTERS / Pascal Rossignol
Puigdemont Says He's Still Catalan Leader, Declines Post-Resignation Pension - Reports
The centrist pro-union Citizens party will come the second with 25.3 percent of the ballots or 35 seats in the legislature. Another anti-independence Socialists' Party of Catalonia is projected to be the third in the election, receiving 14.9 percent of the votes and 19 mandates. 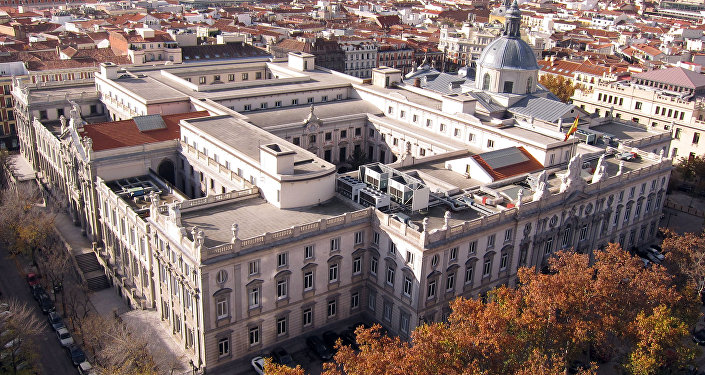 © CC BY-SA 3.0 / FDV / Supreme Court of Spain
Spanish Supreme Court Releases Catalan Parliament Speaker on Bail
Thus, collectively with the Republican Left of Catalonia, the pro-separatist parties will receive only 67 mandates in the legislature or 46 percent of public support, the poll results have shown. In the previous parliament, which has been dissolved by the Spanish government after Catalonia independence declaration, the pro-independence parties had 72 mandates or 47.7 percent of the public support.