© REUTERS / Lucas Jackson
Subscribe
Israel and Saudi Arabia are edging ever closer. Sputnik asked two analysts on different sides of the fence whether it was simply a case of "my enemy's enemy is my friend."

A Saudi newspaper published an unprecedented interview with a senior Israeli military officer on Thursday, November 16, signaling a growing closeness between Tel Aviv and Riyadh. Lieutenant General Gadi Eisenkot told the online newspaper Elaph that Iran was the "real and largest threat to the region."

​"Iran seeks to take control of the Middle East, creating a Shi'ite crescent from Lebanon to Iran and then from the Gulf to the Red Sea. We must prevent this from happening," said General Eisenkot.

​The Saudi regime couldn't take their people along with them if they did agree a deal with Israel, according to Roshan Salih, editor of a British Muslim website 5 Pillars.

For a long time Israel has been seen as a cancer in the Middle East and that is how the ordinary man in the street still sees Israel. Saudi Arabia is moving closer towards open acceptance of Israel and probably full recognition. This crazy child running Saudi is going at breakneck speed," said Mr. Salih, referring to Crown Prince Mohammed bin Salman, who is thought to have taken over many areas of government policy while his 81-year-old father, King Salman is on the throne. 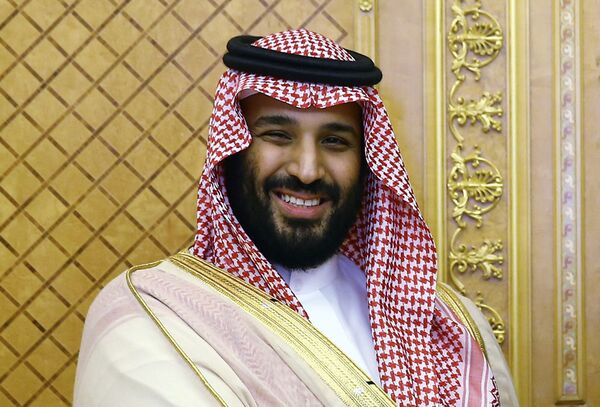 Mr. Salih said Israel hoped most Arab countries would eventually be forced to accept Israel as a fact and would then recognize them diplomatically and begin normal trading relationships.

Seth Frantzman, a journalist with the Jerusalem Post, told Sputnik he believed Israel and the Saudis were already working together behind the scenes.

In the last years there have been low-level, very quiet and secretive contacts between the anti-Iranian bloc in the Middle East, which includes Israel and some of the Gulf monarchies, according to Mr. Frantzman.

"Saudi Arabia used to be much more critical of Israel but it has seen its policies dovetail with Israel's, in term of the Iranian threat, and this has come about because of the weakening of American power in the region and so we are seeing Israel and Saudi Arabia having to step up to the plate if they want to protect their borders," he told Sputnik.

Very worth reading in full this interview that the Israeli army chief, Lt. Gen. Gadi Eisenkot, gave to the Saudi news site @Elaph (Arabic). The mere fact that it happened shows shifts in the region. https://t.co/ncNDgfek4I

​Mr. Frantzman said he did not expect Saudi Arabia to suddenly drop its demand for the Palestinians' right to return to their homes in Israel and he said he saw Riyadh's relations with Israel over Iran as running parallel to its policy on the Palestinian issue.

Saudi Arabia, as the protector of Islam's two holiest places in Mecca and Medina and the wealthiest Sunni state, has long had a difficult relationship with Shia Iran but a full-blown power struggle has developed between the two in recent months.

Iran and Saudi Arabia have clashed recently over the Lebanon and Tehran has also been accused of supporting Houthi rebels in Yemen.

Iranian President Hassan Rouhani said a recent Houthi missile attack on Riyadh was just a "reaction to aggression" and then warned the Saudis of Iran's "might."

"People more powerful than you have been unable to do anything against the Iranian people," Rouhani told the Saudis.

basho
20 November 2017, 20:55 GMT
000000
Newsfeed
0
New firstOld first
loader
LIVE
Заголовок открываемого материала
Access to the chat has been blocked for violating the rules . You will be able to participate again through:∞. If you do not agree with the blocking, please use the feedback form
The discussion is closed. You can participate in the discussion within 24 hours after the publication of the article.
To participate in the discussion
log in or register
loader
Chats
Заголовок открываемого материала
Worldwide
InternationalEnglishEnglishMundoEspañolSpanish
Europe
DeutschlandDeutschGermanFranceFrançaisFrenchΕλλάδαΕλληνικάGreekItaliaItalianoItalianČeská republikaČeštinaCzechPolskaPolskiPolishСрбиjаСрпскиSerbianLatvijaLatviešuLatvianLietuvaLietuviųLithuanianMoldovaMoldoveneascăMoldavianБеларусьБеларускiBelarusian
Transcaucasia
ԱրմենիաՀայերենArmenianАҧсныАҧсышәалаAbkhazХуссар ИрыстонИронауОssetianსაქართველოქართულიGeorgianAzərbaycanАzərbaycancaAzerbaijani
Middle East
Sputnik عربيArabicArabicTürkiyeTürkçeTurkishSputnik ایرانPersianPersianSputnik افغانستانDariDari
Central Asia
ҚазақстанҚазақ тіліKazakhКыргызстанКыргызчаKyrgyzOʻzbekistonЎзбекчаUzbekТоҷикистонТоҷикӣTajik
East & Southeast Asia
Việt NamTiếng ViệtVietnamese日本日本語Japanese中国中文Chinese
South America
BrasilPortuguêsPortuguese
NewsfeedBreaking
15:44 GMTIsrael Will Reportedly Push US to Strike Iranian Facility Amid Lack of Progress in Vienna Talks
15:41 GMTAmerica Unveils First-Ever Strategy to Battle Corruption at Home and Abroad
15:30 GMTChina May Build Military Base in Equatorial Guinea Amid Beijing’s Tensions With Washington
15:15 GMTKremlin: Putin Will Listen to Biden's Proposals on Ukraine 'With Great Interest'
15:15 GMTNYC to Use 'Preemptive Strike' Against Omicron With Vaccine Mandate for all Businesses, Mayor Says
15:08 GMT3,000 Security Officers Guard India's Mathura as Hindu Group Threatens to Install Idol in Mosque
14:59 GMTAmid Rumours of US Boycott of Beijing Olympics, How Could the Move Affect the Games?
14:52 GMTUK Policing Minister Not Surprised Over Reports of Drug Use in Parliament Building
14:45 GMTLabour Unions Protest in Brussels Against Low Wages, Expensive Electricity - Photos
14:26 GMTSpanish Court Rules Employee Can be Fired for Job Abandonment During Pandemic - Reports
14:18 GMTAnger and Shock After Intruders Vomit and Urinate at Site of Manchester Arena Bombing Memorial
14:15 GMTUS, UK, Canada Concerned by Tigrayans Arrested Without Charge in Ethiopia
14:07 GMTLionel Messi, Neymar or Himself: Kylian Mbappe Reveals Who's 'Boss' at Paris Saint-Germain
13:58 GMTFormer Indian Shia Leader Embraces Hinduism After 'Death Threats From Muslim Groups'
13:48 GMTMarine Le Pen Accuses EU of 'Playing Role of Firefighter-Pyromaniac' in Ukraine-Russia Tensions
13:47 GMT'Happy a Team Like Barcelona is Interested in Me', Says Salah Amid Liverpool Contract Impasse
13:30 GMTEarth is Getting Its Own Black Box That Will Tell What Caused Humanity's Demise
12:58 GMTChina Says Plots to Thwart Ties With Solomon Islands 'Doomed' as PM Survives No-Confidence Vote
12:53 GMTPutin in Meeting With Modi, Discusses Drug-Trafficking, Terrorism and Situation in Afghanistan
12:46 GMTSri Lanka Demands Compensation From Pakistan Over Brutal Mob Killing of Factory Manager