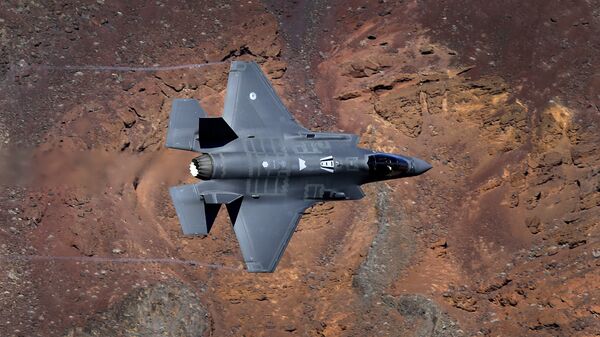 © AP Photo / Ben Margot
Subscribe
The US has been losing its military supremacy over its peer countries like Russia and China over the last 10-15 years and should step up efforts to increase its deterrence potential, Joe Dunford, Head of the Joint Chiefs of Staff, was cited as saying during a lecture at the Tufts University in Massachusetts earlier this week.

Russia and China have heavily invested in their capabilities to struggle against America’s traditional dominance in a range of spheres, General Dunford said, as cited in a news article published on the US Defense Department website.

"As an example, if you take the naval alliance in Europe, Russia understands that the transatlantic link is critical for us to meet our NATO commitments," he added. The rivals’ “anti-access” strategy is thus oriented at developing systems to limit  US ability to move into the region and to operate freely on the ground to meet alliance commitments.

The areas that are in the Russian and Chinese spotlight are electronic warfare, cyber technologies, anti-space capabilities, anti-ship cruise and ballistic missiles, aimed to prevent the US from spreading its power to Europe and supporting its allies.
Dunford stressed the conflict the world powers are facing falls short of a traditional military one. He called it an “adversarial competition” in which Russia performs tests and training on a day-to-day basis –  moves that America does not conventionally make in peacetime.

The other side of the world in the South China Sea is no exception, he said.

"I think we do have effective deterrence in the conventional fight against Russia, and frankly see China's methodology in dealing with issues like the South China Sea or in dealing with [terminal high-altitude area defense missiles] in South Korea".

Citing the complex post-World War II security environment, Dunford says no issue should be addressed in isolation, as, for instance, terrorist actions in East Africa affect operations in the Middle East and Asia, and “drug networks in South and Central America could be used by terrorists to ship people or weapons into the United States,” he pointed out.