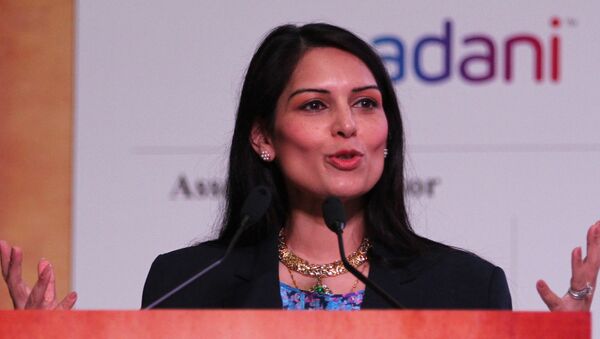 © AP Photo / Ajit Solanki
Subscribe
As political dramas go, it was box office gold - high-profile minister ordered to fly back to the UK to face the sack over secret meeting with politicians from a foreign country, only to resign, leaving the British government in crisis - and with a hefty bill.

In political terms the Priti Patel affair has proved costly for UK Prime Minister Theresa May, following the resignation of the cabinet minister who broke the strict ministerial code by meeting senior Israeli politicians. 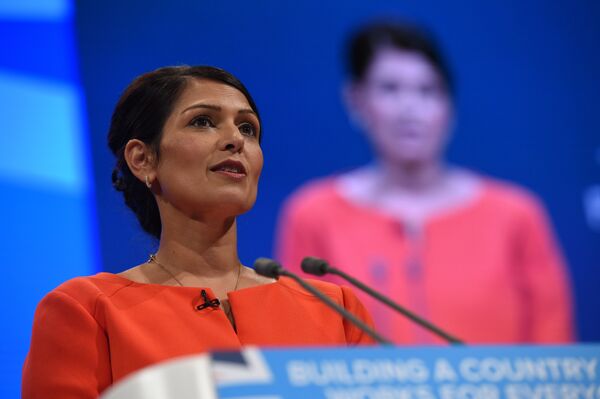 The decision taken by Mrs. May to order the former international development secretary to abort an official visit to Africa on Wednesday, November 8, and return immediately to Britain to "face the music" is expected to cost in the region of US$11,000.

It has been estimated that the abortive round trip to Nairobi, Kenya, will have left the taxpayer with a bill of thousands of pounds in wasted airfares, had Ms. Patel remained in Britain to face her critics.

Having been reprimanded on Monday, November 6, by Mrs. May over her decision to stage a series of undisclosed meetings with Israeli political figures, including Prime Minister Benjamin Netanyahu, during a family holiday, the ex-cabinet minister apologized and planned to go ahead with an pre-arranged visit to Africa the following day.

Her flight was due to leave London Heathrow airport at 5:25 p.m. GMT on Tuesday, November 7, only for Ms. Patel to opt for an earlier flight to Nairobi at 10:10 a.m., possibly knowing in advance that the opposition planned to quiz her over the Israeli furor after tabling an emergency question.

A full disclosure of the total cost of the trip has still to be detailed by Ms. Patel's former department, although it is not expected they will receive much change from US$10,561 (£8,000).

Perhaps with costs in mind, Ms. Patel and her private secretary — who accompanied her on the visit — stayed at the home of the British high commissioner in Nairobi to avoid accommodation costs.

"It was simply unacceptable that Priti Patel failed to show up to the urgent question in parliament. She should not have been allowed to get on that plane. We deserve to know how much this fiasco has ended up costing the British taxpayer," she said.