Mystery of Dark Matter: What the Detector in Italy Has Actually Picked Up 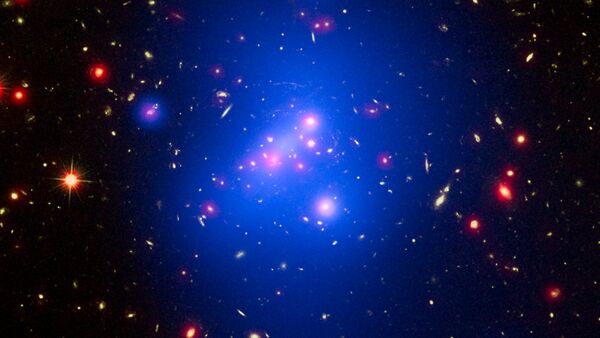 By Olga Kolentsova for RIA Novosti

Dark energy is thought to be a kind of field of non-zero energy, while dark matter consists of particles that theoretically can be detected and studied. But there is a reason why this matter is called “hidden mass:” scientists have spent considerable time searching for it, and physicists are still engaged in heated debates over it.

In order to draw public attention to this research, the European Organisation for Nuclear Research, CERN, even established Dark Matter Day, which was observed on October 31 for the first time ever.

Advocates of the dark matter theory provide rather persuasive arguments backed up by experimental data. This theory was first proposed in the 1930s, when Swiss astronomer Fritz Zwicky studied the orbital speeds of the galaxies within the Coma Cluster. As we know, the speed of an object depends on its mass.

The scientist’s calculations showed that the actual mass of galaxies within the cluster must be much greater than those established by telescopic observation. This meant that humans simply could not see a large portion of galaxies that must consist of matter, which does not reflect or absorb light.

The second piece of evidence of dark matter’s existence is the distortion of light when it travels through galaxies. Every object with mass bends the linear path of light. The way light is distorted by galaxies is different from what visible matter alone would produce. 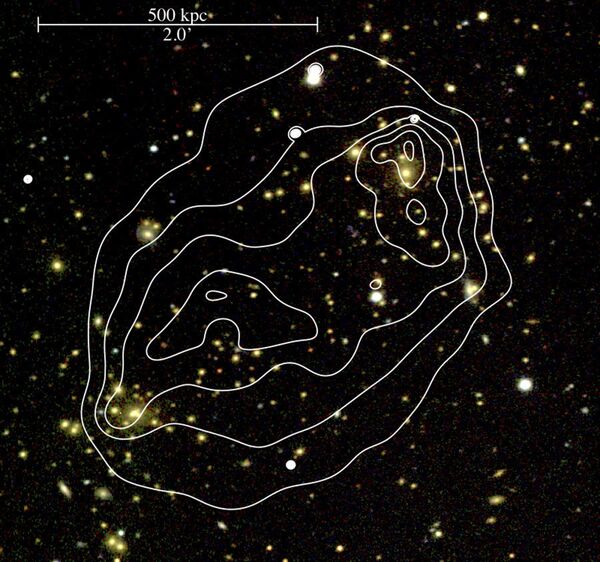 Cluster of galaxies
© Photo : The Authors Monthly Notices of the Royal Astronomical Society

'A New Precision Tool for Physics': Dark Matter Could be Illuminated Using LIGO
Despite the fact that the evidence of dark matter’s existence is rather convincing, still no one has actually found and studied the particles that it consists of. Physicists suggest that it is hard to figure out for two reasons.

The first is that these particles have very high energies, and even the most advanced accelerators cannot produce them.

The second is that dark matter is very unlikely to actually appear under any circumstances.

Perhaps we cannot pinpoint it because it interacts so weakly with the human body and particles that are known to science. Even though dark matter is everywhere (according to calculations), and its particles pass through us every single second, we simply cannot feel it.

In order to discover dark matter particles, scientists use detectors which are located underground, in order to minimize the risk of interference. It is believed that sometimes particles of dark matter collide with atomic nuclei, imparting some of their momentum, scattering off electrons and causing flashes of light.

The frequency of these collisions depends on galaxy clusters the Earth passes through during the year. But despite the fact that some impact, which could not be caused by particles known to us, was actually detected, experimental groups deny that this impact was caused by dark matter, citing the fact that the signals observed by several research teams differ from each other. 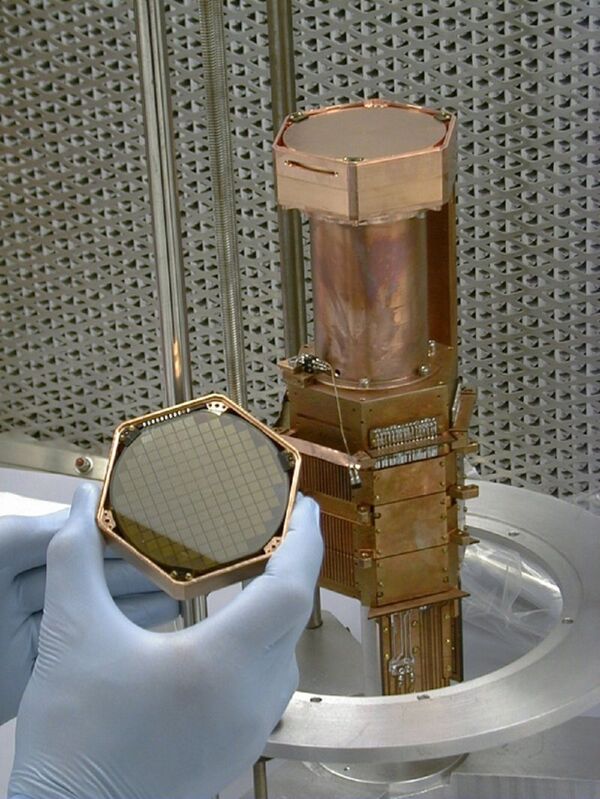 Only the Italian experimental group DAMA, which has been working at the Gran Sasso underground laboratory, has reported annual variations in the rate of these signals. In this experiment, in the course of several years, researchers counted the flashes of light inside the detector and calculated their energy. Thus researchers have demonstrated the existence of weak (about 2 percent) annual fluctuations in these flashes.

For example, when gravitational waves were first discovered, they were detected in laboratories all over the world, which proved the data collected by other teams was credible. In contrast, no one in the world has been able to produce the same results as the DAMA research team. Of course, it is possible that this team has more powerful detectors or their own methods, but the unique nature of their experiment causes some researchers to question its credibility.

“It’s hard to say what the data collected in Gran Sasso laboratory really shows yet,” said Konstantin Belotsky, a leading researcher at the MEPhI National Research Nuclear University’s Elementary Particle Physics Department. “In any case, the Italian team has shown positive results, it has not disproven the existence of anything, which already is a sensation. Now we have to find an explanation for the detected signals. It is a great impetus for the development of various theories, including ones dealing with the creation of a model of dark matter. Even if a scientist tries to explain why this data has nothing to do with dark matter, it will still mark a new step in theoretical physics. Anyway, there are results, so we should continue working on this. But right now I cannot say that dark matter was discovered.”