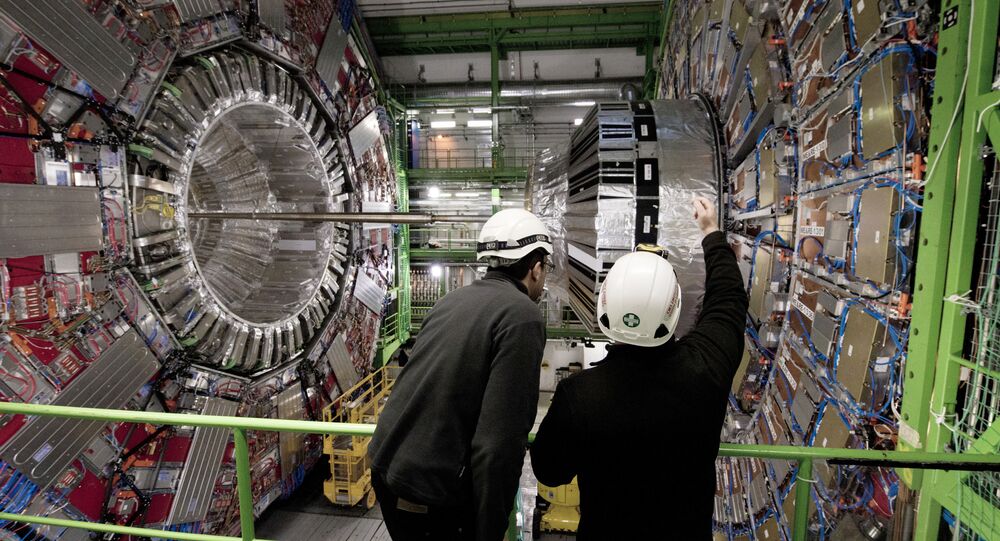 Indian scientists have finally started their research on dark matter at the Jaduguda Underground Science Laboratory, 550 meters below the surface in an operating uranium mine.

New Delhi (Sputnik) – To accommodate the new facility, the Saha Institute of Nuclear Physics has repurposed a 37-square-meter cavern used for storage at the Jaduguda uranium mining complex, including installing a low-temperature cesium iodide detector to search for dark matter.

The proposal for such a study was made five years ago: Indian physicists were running from pillar to post seeking a new underground research laboratory after the closure of a similar facility at Bharat Gold Mine in the southern state of Karnataka in early 1992. The right location was key: an underground lab is important for scientists studying dark matter because radiation from outer space usually contaminates such experiments.

"In the frontier science area, we are establishing a small underground research laboratory in one of our uranium mines for pursuing research on dark matter. This will enthuse scientists from all generations," Sekhar Basu, secretary of the Department of Atomic Energy of India, said at the 61st General Council of IAEA on Wednesday.

India conceptualized the India-based Neutrino Observatory (INO) Project in 2012 as a multi-institutional effort aimed at building a world-class underground laboratory and associated surface facilities in the Bodi West hills of the southern state of Tamil Nadu. It was delayed due to petitions filed by activists, however.

This underground lab located at Jadugoda will provide the much-awaited facility for a part of INO called multiton-scale dark matter search experiment or DINO (Darkmatter@INO). However, Jadugoda lab is only a mini-DINO — India is planning a large-scale DINO experiment at a future stage.

"We knew of an estimated 5 percent of the possible 30 percent [of] matters existing in the universe and this new facility will help us to research about the unknown matters," Basu said earlier this month. A quantitative understanding of the matter-antimatter asymmetry observed in nature is also lacking, he said.

Crushing Physics as You Knew it: Scientists Create Liquid With Negative Mass