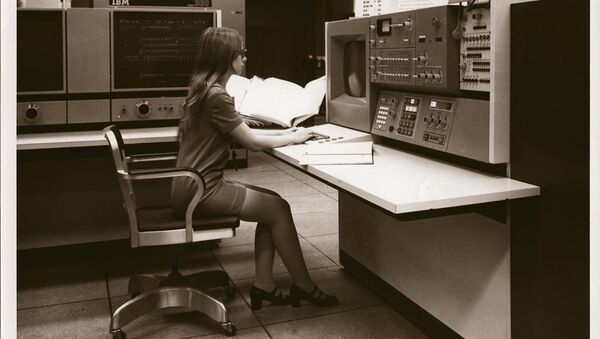 When it comes to the US intelligence community’s ability to collect, store and analyze data on any person at any time, there’s virtually nothing that can stop them. Keeping track of who’s doing what within that community, however, is a different animal.

Congressional intelligence committees, FISA (Foreign Intelligence Surveillance Act) courts, "and even the administration have no real control of what happens inside these intelligence agencies. They don't have any way of verifying what they're doing, that's the real problem — even the managers of those agencies don't necessarily know what's going on in their agency," former NSA officer Bill Binney told Loud & Clear on Radio Sputnik Thursday.

​Regarding the government's use of contractors in facilitating their operations, former Anonymous activist Barrett Brown told By Any Means Necessary in March, "there's so much going on with these contracting firms, so much compartmentalization, that no single person knows exactly what's possible these days."

This week, the Senate Intelligence Committee voted to approve Section 702 of the Foreign Intelligence Surveillance Act 12-3. The bill "reauthorizes our nation's most valuable intelligence collection authorities and ensure that the men and women of the intelligence community and our law enforcement agencies have the tools and authorities they need to keep us safe," Senator Richard Burr (R-NC) said in an October 24 news release.

Reauthorizing the act is just theater anyway, since the intelligence agencies have the capabilities to skirt around the law anyway, Binney says. "You can write any number of bills you want: [the intelligence] agencies can violate them," because Congress doesn't really know what is going on at the agencies, the expert said.

"They have no idea what's going on, and what's going under, the mass collection of data on US citizens under Executive Order 12333," Binney explained. First signed by US President Ronald Reagan on December 4, 1981, the order requires federal agencies to comply with requests for information from the Central Intelligence Agency. One statute of the order specifically allows information collection "that may violate federal, state, local or foreign laws." In other words, the order gives the intelligence community a free pass to break the law, regardless of who made the law.

Binney refers to the intelligence apparatus as ‘the modern-day pretorian guard,' which exerted disproportionate control over who would be selected for leadership positions during the Roman Empire and very often operated outside the legal bounds set by the Roman Senate.

This week, Senators Ron Wyden (D-OR) and Rand Paul (R-KY) introduced the USA Rights Act, praised by the Electronic Frontier Foundation as "the most comprehensive reform so far of Section 702." The measure would make it more difficult for the government to gather data from private-sector companies.

Binney was skeptical such a measure could move the needle on mass domestic espionage. "For example, right now, and for the past 16 years," the US intelligence community has been "violating the constitutional rights of US citizens. Well, if they can do that, and just simply, get the law to conform with to that — that's what they've been doing."

"The problem with that is it's unconstitutional," he said.